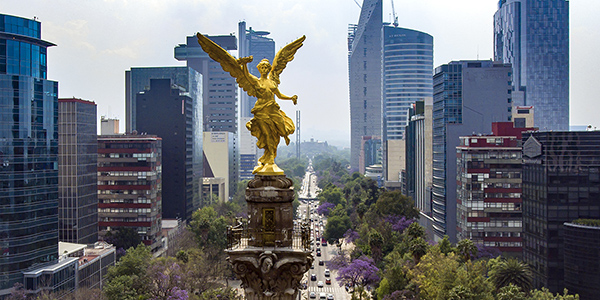 MEXICO – The Mexican economy registered the second post-pandemic fall in the fourth quarter of the 2021, by completing a 0.1% decrease in real terms and with seasonally adjusted figures with respect to the previous quarter, informed the National Institute of Statistics and Geography (Inegi).

It is worth mentioning that in the previous quarter, from July to September, the economy also showed a first fall of 0.4%.

Economists from Banco Invex, Credit Suisse and Moody’s Analytics have explained that the record of two consecutive quarters of contraction meets the international definition of a technical recession.

Inegi showed a less pronounced quarterly decrease than the market consensus forecast, which was at 0.3% according to the average of the forecasts of 11 analysts polled by Reuters.

For the full year 2021, Inegi estimates that Mexico’s GDP achieved 5% growth, which contrasts with the official projection of the Ministry of Finance, which was at 6.3% annually. In both cases, the positive rate is insufficient to offset the 8.2% plunge observed in 2020.

According to the Director of Economic Analysis of Banco Base, Gabriela Siller, this is an asymmetric “W” shaped economic recovery that shows a stagnation of productive performance in a context of high inflation, which is known as moderate stagflation.

She pointed out that Mexico had not experienced stagflation since 1987, when inflation was at 97%.