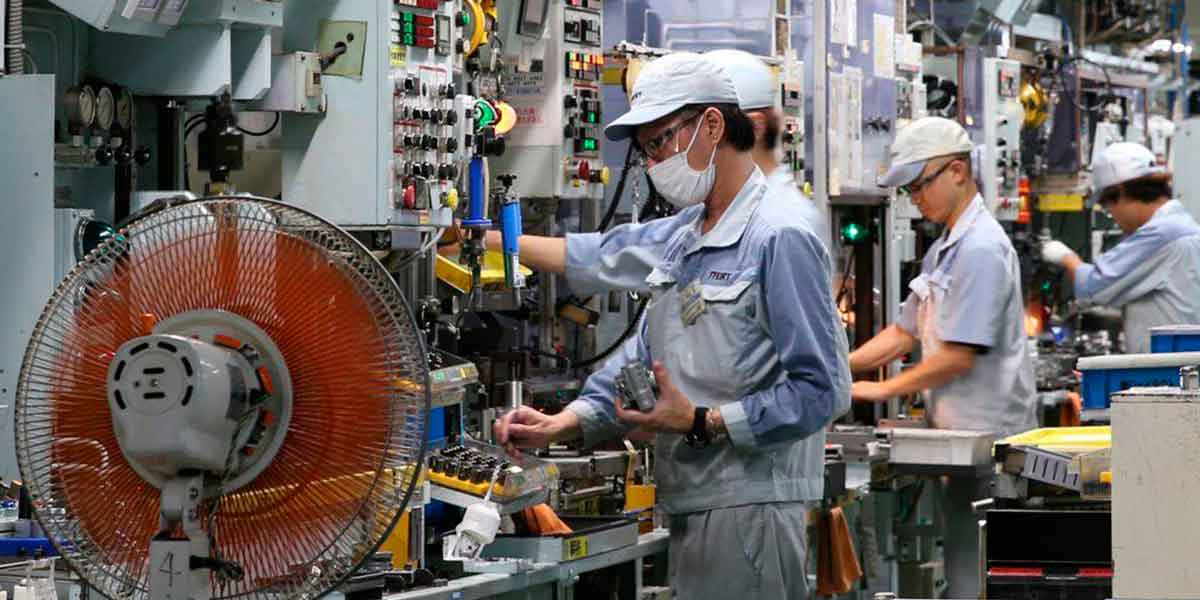 MEXICO – Industrial production in Mexico fell 17.5% at an annual rate during June, the National Institute of Statistics and Geography (INEGI) reported. The institute detailed that the Monthly Indicator of Industrial Activity (IMAI), reduced its losses after registering two continuous months of historical falls; which represented that in the sixth month it will register its lowest drop since February, when it fell 4.4%. In addition, this indicator adds 21 consecutive months in negative territory.

According to the statement, the drop in the IMAI was the result of the sharp decline in manufacturing and construction industries. The construction industry fell 26.1% year-on-year in June, its third consecutive month to fall in double digits. It also accumulates 23 months in a row in negative territory, based on INEGI data.

The three disaggregates that make up this activity were located in negative territory. In the first place, construction, the main pillar of the sector, 26.2% at an annual rate, its seventh consecutive month with falls. The construction of engineering works fell 29.2% and specialized works fell 21.7%. Manufacturing industries sank 18.3% in April, their smallest drop since March.

On that date, it fell 5.7%. All manufacturing industries reported ‘red numbers’, among which stood out the contraction of 57.4% per year in the manufacture of garments.

The industries of the generation, transmission and distribution of electric power, water supply and gas presented a decrease of 13.3% at an annual rate, its most severe drop since 1993.

According to the INEGI report, the mining industry registered a decrease of 5.3% at the annual rate, its third consecutive month with losses.

On a monthly basis, the indicator registered a real advance of 17.9% in June, based on seasonally adjusted figures.

By components, the generation, transmission and distribution of electricity, water and gas decreased 0.7 percent, mining 1.6%, construction 17.5% and manufacturing industries 26.7% during the sixth month of this year.