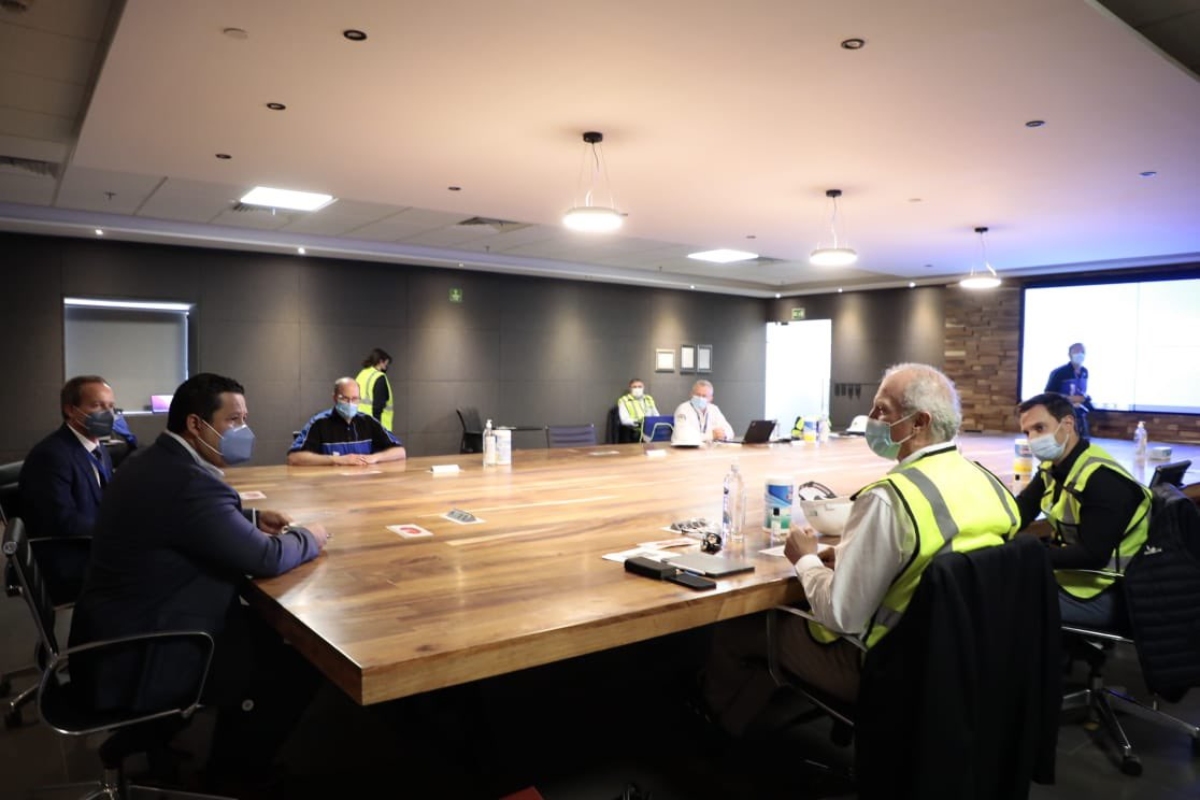 GUANAJUATO – The Governor of Guanajuato, Diego Sinhue Rodriguez Vallejo, met with Michelin’s global CEO, Florent Menegaux, during his visit to the global tire company’s facilities in the PILBA park, located in the city of Leon.

Said plant, inaugurated its first phase in 2019 with an investment of US$510 million, where more than 1,500 people work in an area of 142,000 square meters. Michelin has 122 of the 3,000 hectares of the PILBA industrial park for future expansion.

Several sources close to the company indicate that the location will have six phases in total, aiming to become the largest production complex of the 69 that the French tire manufacturer has worldwide.

The recent visit of Michelin’s CEO, Florent Menegaux, is linked to the future of this location, where the second phase of the project is currently under construction, which consists of an area of 24 hectares and has already been hiring new collaborators.

Michelin has held several recruiting events in the Bajío region, since it expects to reach 3,000 direct jobs by the end of 2023. The six-phase master plan could generate up to 5,000 direct jobs in total, with four of the phases dedicated to passenger car tires and two more for heavy vehicles.

The amount of investment raised by the construction and start-up of Michelin’s second phase in Leon, Guanajuato will be announced soon, but is expected to be in the range of US$100 million.

Currently, the Michelin plant produces around 5 million tires per year, supplying several manufacturers in North America, including Tesla. This production volume would double with the entry into operation of the second phase.

Diego Sinhue Rodríguez Vallejo, Governor of Guanajuato, commented that Guanajuato is a state that generates confidence and continues to strengthen ties with international companies such as Michelin.

“We met with its CEO, Florent Menegaux, whom we thank for his trust. Together, Michelin and Guanajuato will continue to reap success,” said the governor.

We look forward to the official announcement that Michelin and the state authorities will be making in the coming months regarding the second and third phases of the French tire plant.