New agreement with US allows Mexico to meet water obligations 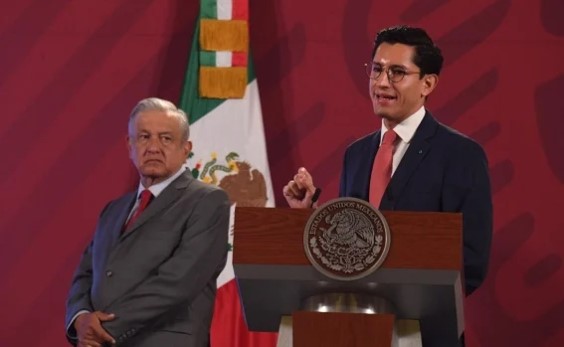 MEXICO – The federal government announced that it had reached an agreement with the United States to settle Mexico’s water debt to its northern neighbor.

Mexico and the United States have to send water to each other under the terms of a 1944 bilateral treaty but Mexico ended the previous five-year cycle of the treaty with a debt, and the current five-year cycle will end soon.

“In September, Mexico still had to send 289 million cubic meters of water to the United States,” according to National Water Commission (Conagua) director Blanca Jiménez.

Roberto Velasco, head of the Foreign Ministry’s North America department, told president López Obrador’s morning press conference that Mexico will use water in dams on the Mexico-United States border to comply with its obligations under the treaty.

The government has been trying to divert water to the United States from dams in the state of Chihuahua but has faced ardent opposition from local farmers.

López Obrador said authorities in the United States understood the difficulties the government has faced and as a result allowed the diversion of water from the international dams, which isn’t usually permitted under the terms of the treaty.

“A very important agreement related to the water treaty we have with the United States was signed,” he said.

López Obrador also said the United States made a commitment to provide drinking water to Mexico if it is required and that it would send additional water south of the border in the case of severe drought.

However, the Conagua chief said there is a plan to ensure ongoing water supply for 13 border cities despite the diversion of water from international dams.

Jiménez said that two international dams in Chihuahua and Coahuila will continue to supply water to border cities and that water will also be sourced from dams in Nuevo León and Tamaulipas.

Velasco said the agreement with the United States allows Mexico to settle its water debts using international dams and guarantees the supply of water for urban centers in the north of the country.