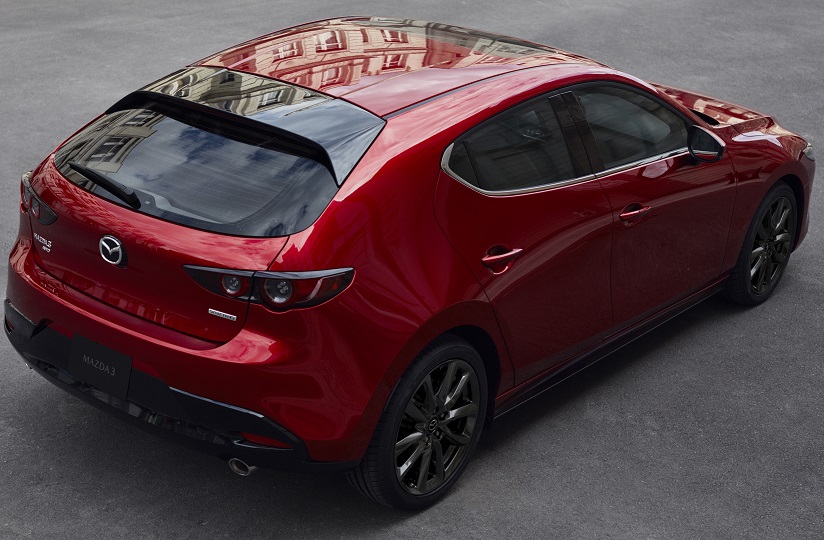 Japanese automaker Mazda unveiled at the Los Angeles Auto Show the next generation of the Mazda3, the first commercial model to feature some of the technologies of its “Sustainable Zoom-Zoom 2030” long-term vision.

Such features include, but are not limited to, the revolutionary new gasoline engine called Skyactiv-X and a set of structural technologies called Skyactiv-Vehicle Architecture. It’s also the first model to adopt a more mature interpretation of the Kodo design language, which according to the company “explores the essence of Japanese aesthetics and pursues elegant and sophisticated styling.”

As MexicoNow previously reported, Mazda unveiled both the sedan and hatchback versions.

The hatchback, according to the company, represents “the free spirit, determined to follow their own convictions and not be bound by conventional wisdom.” The company took an unprecedented designing approach that eliminates all character lines and relies entirely on curved body panels that reflect the surrounding environment. When viewed from the rear, the cabin and body come together to appear as a single solid mass.

On the sedan, whose character “combines dignity with a strong individualistic streak,” the automaker overcame numerous technical challenges in order to keep the hood and trunk low. The resulting proportions are sleek and elegant.

Regarding the inside, the cockpit design applies the “vanishing point” concept down to the parts level, including the steering wheel spokes and center display. Along with emphasizing the driver-centered axis running from front to rear through the cockpit zone, this design approach also expresses a second horizontal axis through the layout of the forms that run left and right from the instrument panel out to the door trim on both sides.

The newly designed shift panel takes advantage of a technology called “two-layer molding.” It incorporates a laser-engraved black layer covered by a second clear layer to present a glossy black finish with a look of deep transparency.

It’s worth noting that the hatchback will feature an exclusive color offering called Polymetal Gray and an optional Burgundy interior color.

The Active Driving Display, meters and center display were all redesigned to present information in a simpler fashion, while the fonts used were unified to create a pleasing and consistent look.

Under the hood, the Mazda3 will feature either a 1.5, a 2.0 or a 2.5-liter version of the latest Skyactiv-G gasoline engine. All three adopt optimized intake ports and piston shape, split fuel injection and a coolant control valve to deliver higher levels of dynamic performance, fuel economy and environmental friendliness. A fourth option will be the Skyactiv-D 1.8 diesel engine.

Current versions of the Mazda3 are manufactured in Mexico, Japan and Thailand, but there’s still no confirmation that production of the next-gen model will take place at the Mexican facility, which is located in Salamanca, Guanajuato.