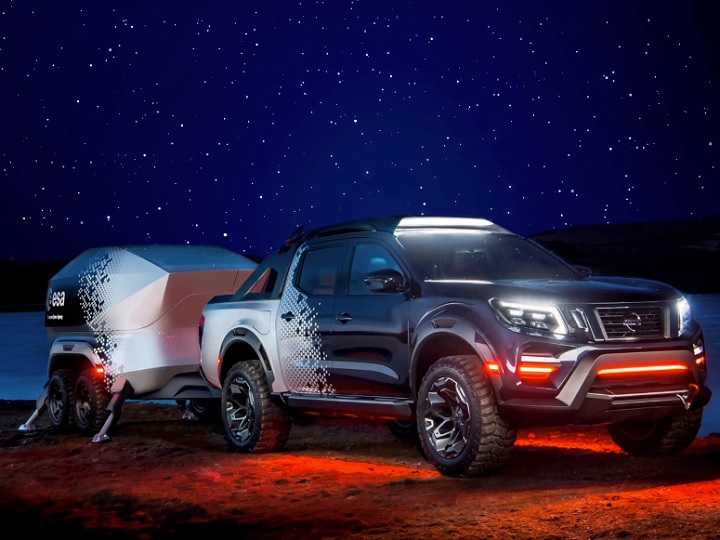 Nissan unveiled last week the Nissan Navara Dark Sky Concept at the 2018 Hannover Motor Show. Actually, more than a concept, it is a customized pickup truck fully operational that will help astronomers go to hard-to-reach locations to conduct follow-up observations of the universe.

Developed in the UK in collaboration with the European Space Agency (ESA), the vehicle functions as a mobile astronomy lab, featuring a world-leading, observatory-class telescope on a bespoke off-road trailer.

Featuring Nissan’s Intelligent Mobility, the vehicle comes with ProPILOT driver assistance technology, which has been upgraded to make it the most capable pickup for safe and convenient towing.

ESA is mapping the stars with unprecedented precision using the Gaia satellite, which has already observed more than a billion stars. The Nissan Navara Dark Sky Concept supports this project by taking scientists to so-called “dark sky” locations––away from the nighttime glow of urban areas, which decreases visibility.

The vehicle, based on the same pickup truck that Nissan builds in Cuernavaca and sells in Mexico under the NP300 nameplate, includes an array of upgraded features including portable battery packs from the Nissan LEAF to ensure auxiliary power supply, no matter how remote the location.

Supported by Mexico’s trade agreements, Nissan exports the NP300 to more than 50 countries. The Japanese automaker also builds at the Cuernavaca plant (CIVAC) a rebranded version for Renault named Alaskan, which is exported to Colombia among other destinations.