Nuevo León stands out in the production of household appliances 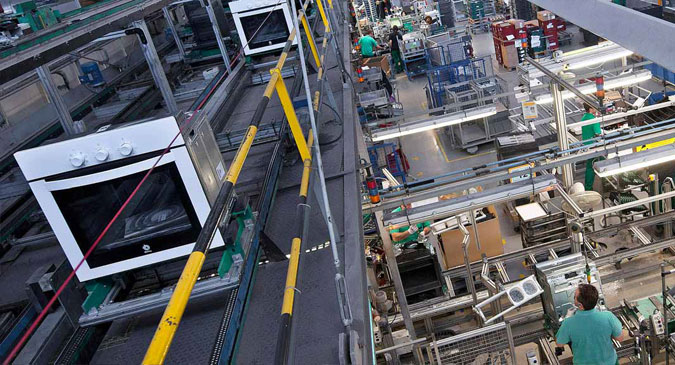 MONTERREY – The project of the Chinese company Hisense plus other new investments will trigger employment and annual production in the entity, positioning the northeastern states as the most important home appliance manufacturing HUB in the country in 2022, estimated Betsabé Rocha, General Director of the Cluster of Home Appliances of the State of Nuevo León (Clelac).

“Nuevo León contributes with 12% of the jobs; if we add Reynosa, Tamaulipas, which produce components and Ramos Arizpe, Coahuila, that number would rise between 40 and 45% of employment,” she explained.

“This will generate a great opportunity for the national supply company interested in growing with us. It is possible to calculate at least 10 more projects in the state, between new investments and relevant expansions,” she anticipated.

The home appliance industry has 3,562 economic units in the country, of which 345 are in Nuevo León, 106 in Coahuila and 50 in Tamaulipas, according to data from the 2019 economic census, from the National Institute of Statistics and Geography (Inegi).

According to the census, the total gross production of household appliances in the country was US$21.471 billion, of this figure, the state contributed US$4.435 billion, Coahuila with US$1.783 billion and Tamaulipas with US $ 103.27 million.

In other words, Nuevo León represented 21% of the national production, ranking first in the production of air conditioning and heating equipment, as well as industrial and commercial refrigeration equipment; it also stood out in minor household goods and appliances.