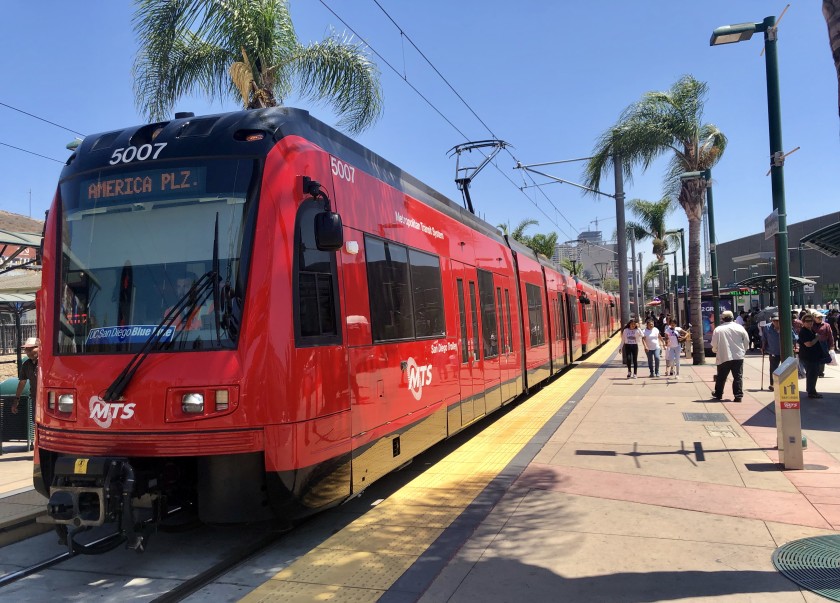 Escobedo said much of the infrastructure on the south side of the border is already built out with the unused cargo railroad line, which ends within 100 yards of the San Ysidro trolley line in the United States.

A cross-border trolley, the tourism official said, could be used by passengers who had some type of pre-clearance security check for border-crossing, like those who travel quickly through the port of entry’s vehicle SENTRI lanes.

Baja California leaders have discussed the idea with the U.S. Customs and Border Protection agency in Washington D.C.

Escobedo said U.S. authorities were open to the idea because checking people all at once on the trolley would be more efficient than checking thousands of individual vehicles.

The cross-border trolley would better connect the BajaCali megaregion and reduce emissions and traffic at the border, he said.

San Diego’s trolley station in San Ysidro, at the border, is the second most active station in the public transportation network with about 17,955 riders daily, with many traveling to or from Tijuana.

The cross-border trolley would be aimed at facilitating international tourism in the border region, but so far it is just an idea. The Metropolitan Transit System, which oversees the trolley line in the U.S., has no one actively working on the project.

There are about 4.6 million Mexican visitors to San Diego annually, who spend approximately $506 million per year, according to the San Diego Tourism Authority.