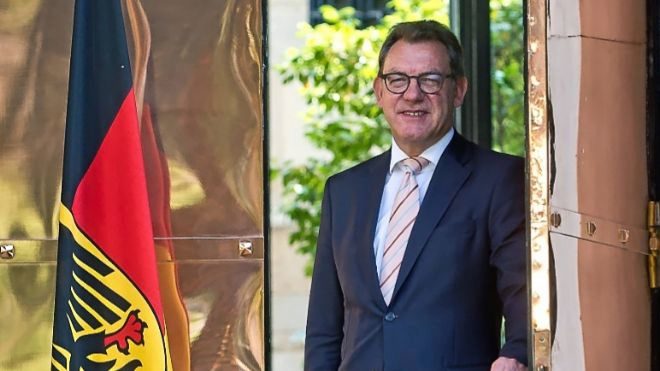 Would you like to start by sending a message about how the world is changing by the COVID-19 crisis?

The ongoing COVID crisis has shaken the fundamentals of our societies and interrupted our way of life. We experienced once again how deeply connected all countries around the world are and our dependencies have manifested themselves clearly. As the virus has challenged and continues to challenge every country in the world, it is important to find common solutions to confront the pandemic and slow down its spread.

So even more than before, it is clear that national efforts alone will not be sufficient to end this global crisis. We need an internationally coordinated approach, where countries collaborate to confront the challenges threatening our health systems and economies. I am glad that we are using the existing international fora (UN, G20, EU, WHO) to this end and that Mexico remains not only a reliable trading partner, but even more so a like minded and strong ally in multilateralism.

As we are restarting our economies after the pandemic, this is also an opportunity to “build back better” and redouble our efforts in the green and digital transitions of our companies.

What is the current situation of the bilateral relationship between Mexico and Germany?

The Mexican-German economic relations are traditionally strong. The trade volume between both countries increased to more than US$ 26 billion in 2019. In the European Union, Germany is Mexico’s most important trade
partner. Likewise, Mexico is the most important commercial partner for Germany in Latin America. Through a fruitful exchange, we are deepening this solid foundation in the political, economic, cultural and social spheres.

In the last two decades, Mexico has become a vital production center for German and international companies. There are about 2,000 German companies operating in and out of Mexico; about a third of them with production facilities. These companies have created quality employment and income for far more than 200,000 people. The main sectors are the
automotive sector, chemical and pharmaceutical industries as well as transport and logistics.

As everywhere in the world, the ongoing pandemic has posed a challenge to the German companies worldwide, including the ones in Mexico. They had to shut down their production facilities and uncertainty about the future
threatened the regular planning. However, over the summer, the production has ramped up again and the economic activities are showing signs of recovery. We hope for a smooth recovery once we have tackled the challenges of the pandemic.

In terms of strengthening the bilateral relationship between Germany and Mexico, what specific areas do you see as priorities?

One factor that will certainly strengthen the bilateral relationship is the European UnionMexico Global Agreement. The EU and Mexico have successfully finalized their negotiations on this agreement, which should be signed in the coming months—in my opinion the earlier, the better. I am very optimistic that the long negotiations have paved the way to further elevate the trade between the EU, especially Germany, and Mexico.

I am very pleased that we have found agreement in so many areas. The EU-Mexico Global Agreement turns out to be a very modern agreement that reflects the current reality. The entry into force of the Global Agreement will be the next step to improve even further the well-established relationship between Germany and Mexico.

What is your impression on how the Mexican economy has evolved since you were appointed to Mexico?

Mexico is an attractive country for foreign companies due to its strategic location, good infrastructure and a large domestic market. It also has a skilled and talented workforce. The new USMCA treaty only adds to these advantages. However, the Mexican economy is also facing challenges. The projected GDP for 2020 will be far below than the GDP in 2019. When I was appointed ambassador to Mexico in 2018, the economy was already showing declining growth rates. The current crisis has exacerbated the deterioration of the GDP.

Other than that, the security situation has been deteriorating, the problem of impunity remains unresolved and corruption levels are, despite all efforts, still high. It is important to tackle these challenges for a safer and more secure investment environment. We stand ready to support our Mexican partners in the face of these challenges.

What is your developing plan of action as Ambassador of Germany to Mexico?

My aim is to deepen the well-established bilateral relationship and collaboration between Germany and Mexico further. A long-standing
and close friendship connects Mexico and Germany—not only on government levels, but even more so and for decades between our people.
Germans are very interested in Mexican culture, and they love to travel here. Both countries have a high reputation in each other’s society.

Mexico and Germany also share common values: We advocate free trade, sustainable development, peaceful conflict resolution, respect for human rights and the necessity to combat climate change and transnational crime. Concerning the challenges we are facing globally, it is more important than ever that Mexico and Germany, as partners of the G20, collaborate to strengthen multilateralism, rules-based markets and free trade.

What is the current state of the commercial and investment relationship between Germany and Mexico?

Currently, economies around the globe are trying to adapt to the challenges of the pandemic. The most recent questionnaire of the German-Mexican Chamber of Commerce (CAMEXA) among German companies in Mexico revealed that almost all of them expect their income and returns to decrease in 2020. In this environment, companies will not make new investment decisions, but are rather going to reduce their planned investments.

However, once the pandemic and its effects are defeated, we will surely see the investment levels rise again. German companies invest in Mexico with a long-term view. Some companies have been present in this country for many decades. Just last year, Siemens celebrated its 125th anniversary in Mexico. And German companies have a lot to offer when it comes to social responsibility, fair working conditions, education, especially dual educa

However, once the pandemic and its effects are defeated, we will surely see the investment levels rise again. German companies invest in Mexico with a long-term view. Some companies have been present in this country for many decades. Just last year, Siemens celebrated its 125th anniversary in Mexico. And German companies have a lot to offer when it comes to social responsibility, fair working conditions, education, especially dual education, and investment in their workers.

Much of what we can already see within German factories in terms of social and human development is what this country is overall striving for. German companies are engaged in Mexico with a vision on sustainability because, apart from the existing challenges, the country offers promising investment opportunities. In October, the second edition of the Hannover Fair in Latin America, the Industrial Transformation Mexico, takes place virtually. Globally, the Hannover Fair is the largest industrial trade fair. This is a very important event to further strengthen the dialogue between Mexican and German companies.

How do German companies grade their operations in Mexico?

What is your opinion on the Mexican automotive industry?

The automotive sector is certainly the most important sector regarding German investment. All major German Original Equipment Manufacturers are present in Mexico (BMW, Daimler, Audi and Volkswagen). Due to German investments in the Mexican Automotive sector, exports of vehicles from Mexico, and especially European brands, have been increasing.

Global production chains were standing still because Mexican companies could not produce anymore due to the lockdown. These essential links between Mexican and German companies show once again that we have to join efforts in order to reach solutions to common challenges.

What are the challenges for the Mexican automotive industry to become more competitive?

The German and the Mexican industries offer similar characteristics. Both countries have a strong focus on the automotive sector, which is confronting several challenges. In Europe, we are aiming to transform into a zero-emission economy and therefore we are incentivizing the use and production of electric vehicles.

The automotive sector has to adapt to this fundamental transformation, which means drastic changes for a well-established industry. At the same time, the so-called fourth revolution poses challenges to the entire industrial sector. In order to stay competitive, it is important to embrace digitalization, the so-called Industry 4.0, and make use of data generated in a company for databased innovations.

Another challenge, which is not unique to the automotive sector, is the need for a qualified work force. In Mexico, the labor market needs almost 1.4 million more technically qualified workers. In Germany, we are strongly promoting the dual-education system—the beneficial connection between theory and practice. Mexico is also adapting its education system and Germany is supporting this effort. Large-scale joint projects have been set up which promote dual vocational education and training to the benefit of young people looking for qualified jobs.

Do you have an opinion on the recently entered in force commercial agreement between Mexico, Canada and the U.S. (USMCA) and how it can affect German investment in Mexico?

Clear rules and investment conditions are the most important factors for companies to engage in foreign countries. Before the USMCA was agreed, there was a lot of uncertainty regarding the future trade agreement with the United States of America and Canada.

Especially for German manufacturers here in Mexico that export to the other North American markets, certainty about the future trade agreements was important. This uncertainty has vanished now with the agreement in place and the USMCA is the new basis for more stability.

Studies have predicted that the agreement could lead to an increase in investment by 10%. Now, the companies have to adjust to comply with the USMCA. There will be detailed questions around the necessary adaptions, but in general, an existing agreement is better than uncertainty.

What are the strengths of the Free Trade Agreement between Mexico and the European Union?

In my opinion, both Mexico and Germany need to continue their common effort to pro mote free trade, international cooperation and multilateralism. I am delighted that both countries have been founding members of the Alliance for Multilateralism, a join initiative by the French and German foreign ministers.

The successful re-negotiation of the Free Trade Agreement is one step further into that direction. Mexico and Germany both depend on free trade based on rules.

Personally, I am very satisfied that the negotiations have been concluded successfully. Once the Free Trade Agreement has entered into force almost 99% of goods traded between the European Union and Mexico will not have
tariffs anymore. This will strengthen the trade between the European Union and Mexico as well as between our two countries. Politically, we have reached a milestone as Mexico has committed itself for the first time to open public procurement on the level of the states and the municipalities.

Furthermore, this agreement includes an investment protection chapter and modern norms regarding the protection of worker’s rights and of the environment. I believe that the agreement is a solid foundation for attracting more investment.

Would you expect further German investments for the Mexican industry?

Due to the pandemic, further investment decisions are now at least postponed. As I mentioned before, the preconditions for foreign investment are secure and stable investment conditions in general and in particular for sectors such as renewable energies, which we believe are of utmost importance to combat climate change.

Recently, we have experienced disruptive changes in many policy areas. More long-term stability would certainly be fruitful to attract more investment in the future. The German Embassy is open and ready to discuss with Mexican governmental authorities how to further attract the interest of German companies to engage in Mexico.