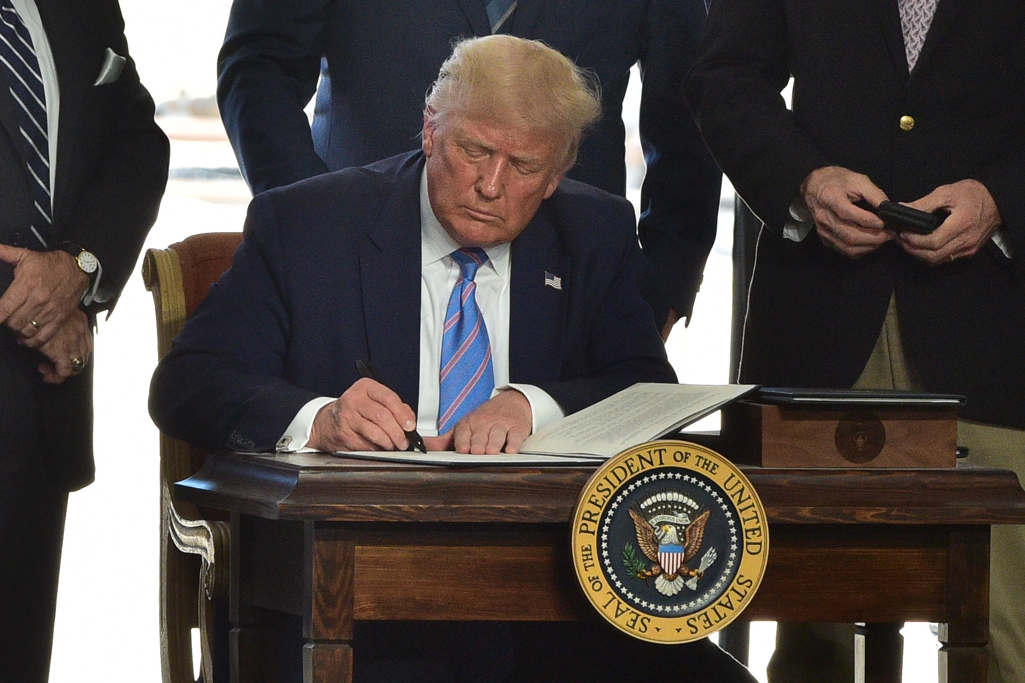 MIDLAND – President Donald Trump visited Texas for a campaign fundraiser in Odessa, followed by a tour of an oil rig in Midland at Double Eagle Energy.

The President addressed members of the oil and gas industry at Double Eagle Energy. There, he announced and signed four pipeline permits, which in part, will allow Texas to export crude oil to Mexico.

Trump also announced at Double Eagle Energy he would be extending export authorizations.

“We will maintain this dominant position long into the future, we’ll never lose this position, by announcing that export authorizations for American liquefied natural gas can now be extended through the year 2050,” President Trump said.

The oil and gas industry, like many others, took a tough hit when the COVID-19 pandemic brought travel to a halt. Even before Wednesday’s event, Trump has touted his administration’s efforts to reduce regulations and incentivize private investments for the industry.

“We opened up 30 billion barrels of space in strategic petroleum reserves, allowing American companies to store oil to be sold at a later time. And we filled up our 75 million barrels in the strategic reserve,” Trump said.