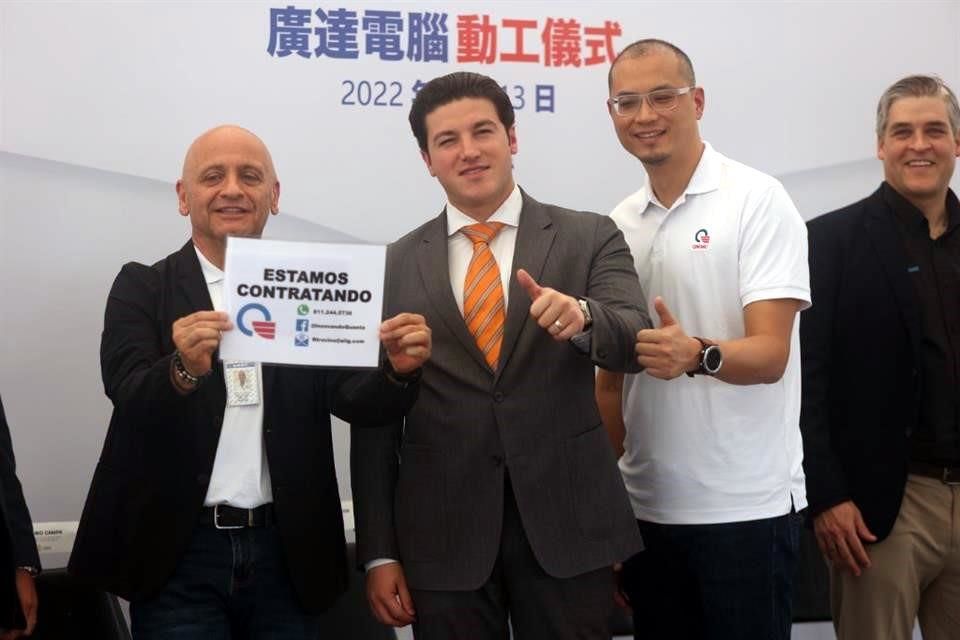 GARCIA, NL – The manufacturer of components for electric cars, Quanta Computer Mexico will invest 130 million dollars in Garcia, Nuevo Leon, for the expansion of its plant in said location.

“With this action, the company will move its production from Shanghai and Taiwan to Mexican territory,” said Quanta Computer Mexico’s vice president of operations, Pedro Campa.

The executive pointed out that the plant’s operation consists of electronic manufacturing, with the creation of a device that helps control different functions of a vehicle, and assured that it is the most complex machine currently being manufactured for electric vehicles.

“In almost seven months we went from zero to 1,400 employees and by the end of the year we expect to have 2,000 more, we are hiring a lot of people, the most critical are engineers,” he stressed.

During the inaugural event, it was highlighted that the plant started with 227,000 feet and they expect to have half a million square feet by the end of 2022.

On the other hand, the governor of Nuevo Leon, Samuel Garcia Sepulveda, commented that Quanta Computer Mexico decided to expand its plant to finish production faster and generate 2,000 jobs by the end of this year.

He explained that he toured the factory with company executives, and they commented that they are taking advantage of nearshoring to be close to their main customers in the United States.