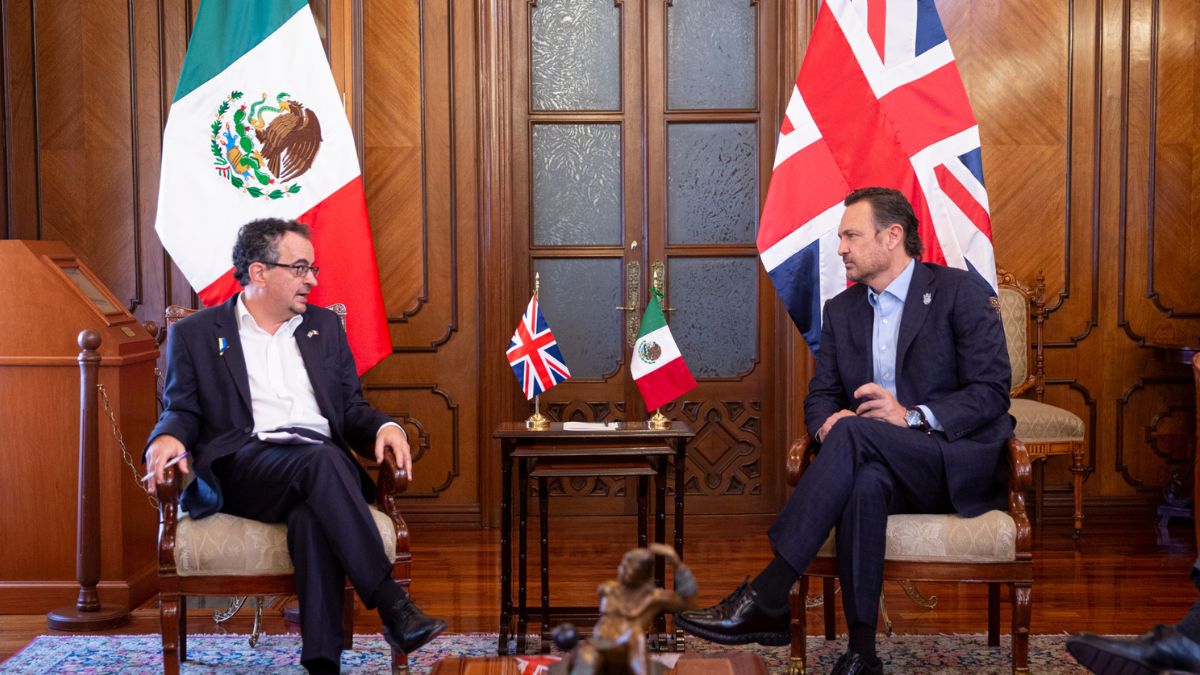 QUERETARO – The governor of Queretaro, Mauricio Kuri Gonzalez, met with the ambassador of the United Kingdom in Mexico, Mr. Jon Benjamin, with the aim of strengthening collaboration in trade, education, culture and technology, through joint projects that promote diversification and the integral development of both parties.

Likewise, Kuri and Jon Benjamin committed to promote the exchange of practices and strategies that contribute to the fight against climate change.

The meeting was attended by the Chief of Staff, Rogelio Vega Vázquez Mellado; the minister of Sustainable Development, Marco Antonio Del Prete, and the coordinator of International Relations and Government Innovation, Hildegard Frei Nieto.

In September 2021, the Ambassador of the United Kingdom was present at the “Hay Festival” and stated that the British Embassy is focused on attracting new companies to Queretaro, mainly in the aerospace sector, in addition to modernizing public services in the municipalities.

It is worth mentioning that Mexico and the United Kingdom have maintained diplomatic relations since 1826. The United Kingdom was the first European power to recognize Mexico as an independent country.