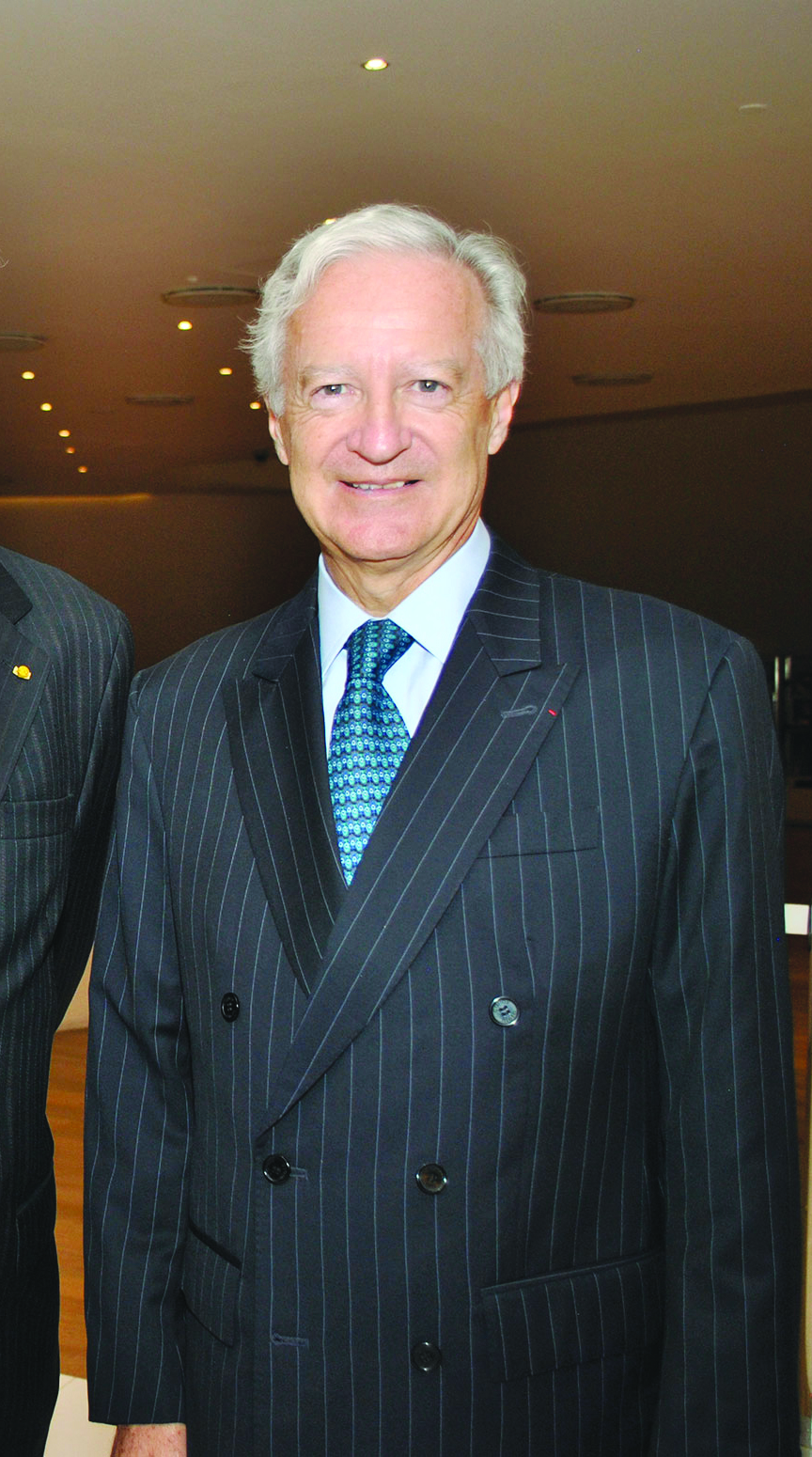 Safran Mexico, French Tier-1 suppliers to the aerospace industry, has had a glorious presence of more than 20 years in Mexico, investing and growing to help Mexico become one of the most important locations in the world’s aerospace industry.

The company currently has 10 facilities in Mexico, in Chihuahua, Estado de Mexico and Queretaro States, and this year it will start operations on two new plants and increase its production capacity in the older ones.

for 2017, why is Daniel Parfait, the debonair President of Safran Mexico, complaining?

It’s that perennial bugbear, the supply chain that is preventing Mr. Parfait from giving Mexico an A+.

He took time out to speak to MEXICONOW at the recent aerospace exhibition and conference at the Santa Lucia military airbase.

“Mexico has all the potential to be one of the most important players in the global aerospace industry,” said Mr. Parfait. “The aerospace industry in this country ranks third for Safran, just behind France and the USA.

“These have been years of uninterrupted commitments in state-of-the-art technology, job creation and constant training. Safran believes unfailingly in the future of the aerospace industry in Mexico.”

Safran México is the largest employer in Mexico’s aerospace industry, with an estimated 5,700 workers in the installations it has here.

“Safran is committed to Mexico and the group is determined to continue investing in the country,” said Mr. Parfait.

But there’s always the problem of the supply chain.

He explained: “The aerospace industry is looking good in Mexico. It’s certainly good for Safran, as our 20 year plus history in the country indicates.

“Aerospace companies and the Mexican Government are concerned about this issue and want to do more and see what we can do about creating a better, more efficient supply chain.

“For example, France and Mexico are working at the level of a strategic council which reports directly to both Presidents – that is how seriously the matter is taken. However, it is not really a disadvantage but a challenge – something we have to work on.”

But despite the thorny issue of the supply chain, Safran has reason to believe that the group’s growth in Mexico will continue in the coming years. The reason is the arrival of the LEAP engine—heir of the legendary CFM56 engine, whose unique characteristic is that every two seconds an airplane somewhere in the world takes off using these engines, a product of a joint venture with General Electric. Airline assemblers have already signed firm orders for 8,500 of these new engines, confirming the future growth of the company and the industry.

Safran is already working on orders for the coming years. Said Mr. Parfait: “This work is centered around innovation, the main foundation of the Group’s strategy. Innovation and progress are closely linked.”

“In aeronautics the time needed for innovation is different. We need to guarantee that what we are developing today will still be relevant in 35 years. No other industry does that.”

Mr. Parfait said the French company goes above and beyond to guarantee innovation in every product. R&D activities receive 12% of the company’s revenues and 21% of its workforce, yielding 900 initial patent filings in 2015. These statistics led Thomson Reuters to rank Safran among the top 100 global innovators.

According to Mr. Parfait, innovation is not restricted to Europe or the US. “Mexico is a country of innovation. In Chihuahua, we have 4,000 employees that contribute with more than 5,000 new ideas every year.”

The confidence of the French group also translates into new production opportunities for the country. “Mexico will be manufacturing key components of an engine that will dominate aviation in the near future,” he predicted.

Innovation requires vision. “In the 1970s, Safran and GE had a strategic vision and teamed up to develop the CFM56 engine, one of the most reliable engines in the industry.” To date, aircraft with the CFM56 have traveled the equivalent of 50 roundtrips to the moon daily. According to company data, aircraft with this engine move more than 3 million passengers punctually on a daily basis, accounting for 99.98 percent service reliability.

Constant innovation and technological advancements should not mean unemployment. “For Safran, innovation is a way of creating social cohesion and financial inclusion,” Mr. Parfait said. The company also strives to take care of its employees. “Sixty percent of Safran employees are shareholders and we are ranked second in the CAC40 stock market index of companies with the largest number of employee shareholders.”

So the future for the aerospace industry in Mexico looks bright – but the perennial problem of a deeper and stronger supply chain remains.

The group’s operations in Mexico can be broken down into three types. First, companies like Messier Bugatti-Dowty that manufactures landing gear, Labinal, that produces harnesses and electrical components, and Snecma, that manufactures large-scale turbines with the latest technology. These companies export quality products made in Mexico to markets like the USA, with customers like Boeing in the U.S.A. and Airbus in Europe.

Second, the group also works in the MRO field with maintenance of landing gears and CFM56 engines, with guaranteed standards by its affiliates Messier-Bugatti-Dowty and Snecma America Engine Services (Sames) in the state of Querétaro.

Third, the group also serves the domestic market through companies like Turbomeca, helicopter turbines, and Morpho, identification and detection systems, with projects in both the public and private sectors.