Safran received the governor of Queretaro 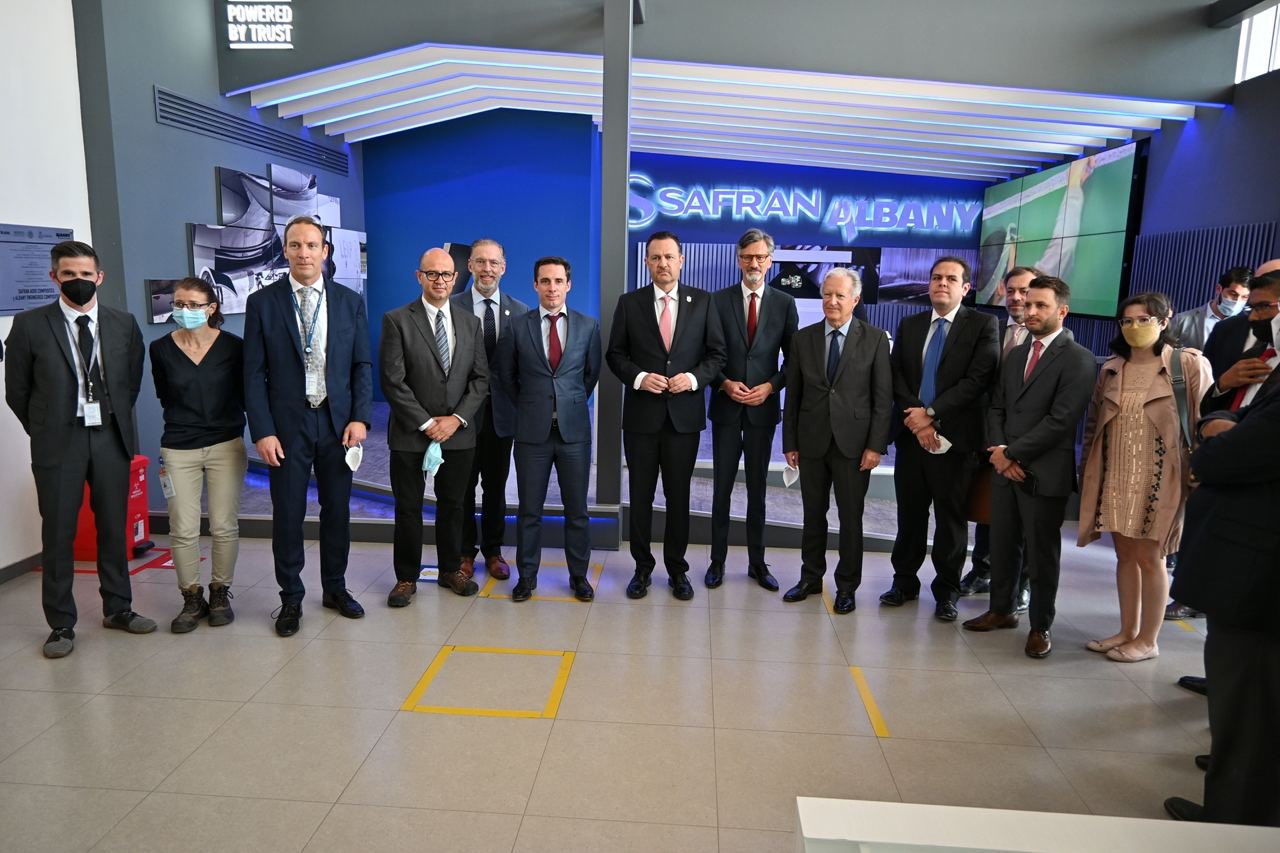 QUERETARO, QRO – The Aero Composites and Aircraft Engines Services plants of the aerospace company Safran, received the visit of the governor of Queretaro, Mauricio Kuri Gonzalez, accompanied by the French minister of Transport, Jean-Baptiste Djebbari and the French ambassador to Mexico, Jean-Pierre Asvazadourian.

The company endorsed its commitment to the state and expressed the importance of collaboration through training in the aerospace industry in Queretaro. In addition, the guests analyzed the production processes of two of the six plants that the French company has in the Aerospace Park of Queretaro, where they make the awnings, the engine blades and where the CFM56 engines are maintained.

Also present during the tour were the director of the Safran Aircraft Engine Services plant, Pierre Bouhot-Launay, as well as the minister of Sustainable Development, Marco Antonio Del Prete Tercero, and the coordinator of International Relations and Government Innovation, Hildegard Frei Nieto.

It is worth mentioning that since 1996 Safran Landing Systems has worked in Mexico through its 14 production, maintenance and engineering sites and currently employs more than 8,000 people in the country. The French company has been present in Queretaro since 2006, where it has installed seven production centers.