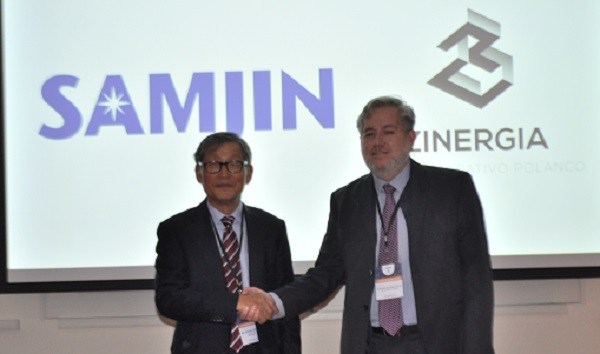 MEXICO — The Korean firm Samjin LND plans to install three plants to manufacture lighting systems in Mexico, according to Jerónimo de Jesús García Barrera, general director of the corporate Zinergia, commercial partner of the firm in the country.

In conference, he stressed that this alliance allows them to use the technology of the Asian firm to participate in public tenders to install lighting systems in projects such as the Mayan Train, the Santa Lucia airport and even hospitals and public schools.

“But we not only see opportunities in the public sector, we are also interested in the private sector, to illuminate offices and business projects,” he said.

The installation of the plants is part of the commercial agreement between Zinergia and Samjin, where they could also make home appliances.

Gyung Jae Lee, president and CEO of Samjin LND, said they already have a plant in Tijuana, where they make lighting pieces used on Samsung’s screens in Mexico.

“We are negotiating with the government of Mexico City to allow us a public space where we can install our lights son people can recognize the difference of our products with the competition,” he said.

The president of the firm added that since its installation in Mexico in 2005 they have invested US$40 million and will continue to bet on growing in the country.