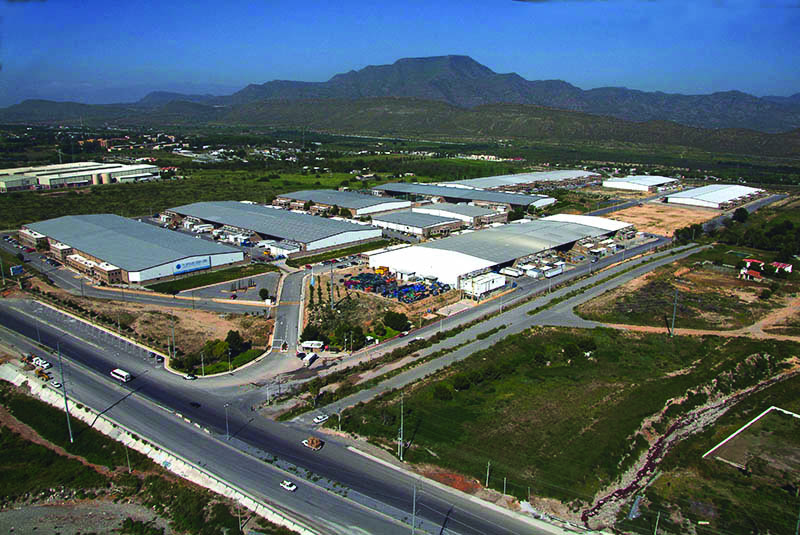 Even though the recent changes promoted by the Trump Administration such as the renegotiation of the North American Free Trade Agreement (NAFTA) and the fiscal changes have created uncertainty in the international business community, Mexico is still attractive for investors.

Foreign companies willing to establish operations in Mexico are relying more in shelter providers to start their business in the country because the program helps them to reduce their investment risk.

“Business has not stopped and the shelter concept is growing. Last year, we had a record in Tecma,” said Toby Spoon, Tecma Group of Companies’ Mexico shelter executive vice president.

Spoon explained this increased interest of the business community for the shelter program in Mexico has to do with the increase in the workforce cost in some U.S. regions such as California as well as the shortage of workers.

“Young people in the U.S. are not interested in manufacturing like their parents were; therefore, companies are facing workforce shortages and they are turning into Mexico to manufacture their products,” he added.

Alejandro Lara, American Industries CEO for Central Mexico, also believes the recent changes in U.S. policy is attracting new manufacturers to Mexico and most of them perceive a shelter program as a good ally for their operations.

“We believe the new fiscal policy in the U.S. makes the shelter program significantly more attractive because the program allows U.S. based companies to consolidate their profits in the U.S. – which now has the lowest tax rate under the new policy – and their Mexican operation remains a cost center fiscally speaking,” expressed Lara. “Since the shelter program is generally targeted towards new operations coming into Mexico, there has been a considerable effect because of the regulatory uncertainty that NAFTA 2.0 negotiations have brought to a lot of the new potential manufacturing projects in Mexico.”

Lara also believes the lower cost in logistics and the geographical location keeps Mexico as an important destination for manufacturers.

For foreign companies, investing always implies a risk, but for manufacturers interested in doing business in Mexico, using a shelter company can lower risks.

Also, this program offers manufacturers the opportunity to start their operations faster and to reduce the red tape and costs. For some industries, the cost savings of using a shelter may be as high as 50% compared to manufacturing in their home countries.

Many of the foreign manufacturers in Mexico started as a shelter and then went independent, while some remain under this program or a similar scheme where they oversee the production while the shelter provider manages their administrative duties.

“Do what you do best and I will do the rest” seems to be the motto of shelters in Mexico. This flexibility has drawn the attention not only of small and medium size companies, but also big firms. The promotion shelter companies do overseas is crucial to attract Foreign Direct Investment (FDI) to Mexico.

In Mexico, 59 companies offer some version of shelter services, according to the Ministry of Economy (SE) data. Most of the operations are done in highly industrialized areas such as the cities near the U.S. – Mexico border and the Bajio area.

Furthermore, companies offering the shelter program have around 120,000 employees for services and administrative duties and operative direct and indirect workers.

“Through our Shelter services, Labor Mexicana will simplify the client’s investment process in the target country by dealing with legal and personnel issues, like payroll and benefits, the coordination of personnel affairs, and foreign trade services. We can also help our clients in renting facilities, hiring of security personnel, obtaining permits and licenses, importing raw materials, and exporting processed goods,” says national shelter operator Labor Mexicana.

The shelter program started in Mexico in the 1960s. The program allows foreign manufacturers to set up a maquiladora in Mexico without owning a Mexican business. The foreign company would work with a specialized shelter provider to generally get a fast turnkey entry into Mexico’s manufacturing realm.

Shelter providers have a long range of planning services for foreign manufacturers to meet their expectations such as: information to fill out a business case, site selection, labor cost information, legal guidance, and even software development to evaluate specific trends.

Manufacturers using a shelter in Mexico can focus in their core business, while the shelter provider manages other aspects such as human resources, accounting, logistics, among others. Small and medium companies using the shelter program have access to infrastructure they cannot pay on their own.

“A small company, for example, can get access to a transportation system that we have. They can transport their employees once or twice a day, which would be costly if they would be doing it on their own,” said Eduardo Saavedra, executive vice president of Business Development at the Offshore Group.

Economies of scale is what the shelter program is all about. Fixed costs are literally shared among various users including: administrative overhead, utilities, logistics and facilities.

“Even though there is regulatory uncertainty, we have a very important pipeline of projects that has remained stable in its size compared to other years; that is proof that Mexico´s logistic and labor advantages remain as important as ever,” said Lara. “The advantages of Mexico as a manufacturing site and of the shelter as a start-up strategic tool remain stable.”

“American Industries has made it very easy for us to do business in Mexico, where we have a 100% compliant, efﬁcient and growing operation, providing us with the best-in-class administrative and local support enabling us to focus on our core business,” expressed Steven Soederhuizen, Vice President Operations & Supply Chain at Fokker Aerospace.

But the shelter program is not limited to aerospace. Many companies in automotive, electronics, medical, and event agri-food and textiles industries have started their business in Mexico under this program.

“Tecma handles our customs, it is done seamlessly, and we go back and forth every day. We’ve upgraded our facilities three times in the last couple of years and Tecma takes care of everything without any disruption of our production. The facilities are spotless. The cafeteria, the food, the nurse; the employees are so well taken care of and are respected in the culture of the Tecma environment,” said Tom St. John, President of AMCOR Service Solutions. “We are not Tecma’s largest customer, but we feel that they treat us as though we are.”

From people centered to IT centered companies

Information Technology (IT) is now a crucial element for companies; as a result, shelter providers are incorporating this element to their services for manufacturers doing business in Mexico.

“Manufacturing is in its transitional phase to automation. We will have to modify over time the services we offer as a shelter and be less people centered and be more technology centered,” explained Saavedra.

He said The Offshore Group has an in-house IT group to develop and improve software to handle different segments of the operation, from human resources services to special request in every aspect the company does.

Other shelter companies, such as Co – Production International, are also developing software and applications to improve the competitiveness of its clients.

“We have our own in-house developed IT tools. Some of them are for logistics, accounting, and supply chain. It is something we design in house. Internal programs for our customers,” explained Enrique Esparza, Co – Production International CEO.

Executives from shelter companies agreed IT is a crucial part of the operation and all companies are offering basic software and connectivity to their clients, but this trend is being more relevant to do business in Mexico.

Even though the shelter program offers a variety of services and benefits for manufacturers, the companies doing business in this sector must overcome some obstacles including fiscal burden, a high budget for promotion, and low incentives.

Recently, the Federal Mexican Government changed the tax rules allowing foreign companies to operate under the shelter program for 8 consecutive years, up from 4 years as per the previous legislation.

“As a shelter, we need legal certainty. Nowadays, I only have 8 years to work with my client under this program,” said Fernando Siqueiros, Shelter Operations director for Intermex. “Even though the shelter operates as a maquiladora, the fiscal burden and incentives are different for both programs. We are working with the Government to change this.”

Siqueiros said the shelter providers had to diversify even more their services and now he is offering to his customers more options: to get the full shelter program, to help and guide the company to start their business in Mexico, or to contract just the services they need to operate in Mexico, like a Chinese menu.

Ciesa of Monterrey has also diversified its services. The company offers full shelter, start up, and on going services. The full shelter offers all the benefits of the program, while the start up gives the initial support, from a business case up to a full operation. The on-going program offers “tailor made” professional services to support the company in non- production related activities.

The cost of marketing is another challenge shelter companies have because their teams travel overseas to attract new manufacturers to Mexico. This strategy is expensive, but effective because shelter providers attract many of the new projects announced every year.

In the last 40 years, the top 10 shelter businesses in Mexico have attracted hundreds of companies to Mexico and the investment foreign manufacturers have made reach billions of dollars.

“A shelter company such as Tecma is one of Mexico’s greatest assets from the standpoint of foreign investment. We recruit and bolster the reputation of Mexico constantly to attract foreign investment. This gives us a close working relationship with the Mexican Government,” expressed Allan Russell, president and CEO of the Tecma Group of Companies.

But the co-promotion might be a hard goal to get because the Mexican Government is lowering every year the budget for international trade and new investment attraction.

The NAFTA renegotiation is another challenge shelter companies in Mexico are facing, but most of the executives believe the possible changes are going to be positive. They even have a bullish forecast.

“Tecma is enjoying more activity than ever before,” said Russell. “Long term is a similar playbook. Near Shoring in Mexico is the future for many of these companies.”

The forecast from experts is growth for the shelter program in Mexico and estimate more companies might establish new facilities in the country or expand their operations.

Spoon said in the short-term Chinese companies could adopt the shelter program because production cost sin China are almost the same as in Mexico, but the logistics cost is higher when their target market is North America.

“We believe NAFTA will survive. Chinese companies are analyzing the possibility to operate in Mexico using the shelter program to benefit from this treaty,” Spoon explained.

Shelter executives forecast a positive market for their services, but they have been modifying the way they work to adapt to the new trends the market sets and to allow their customers to have a comprehensive service to fill all their needs.