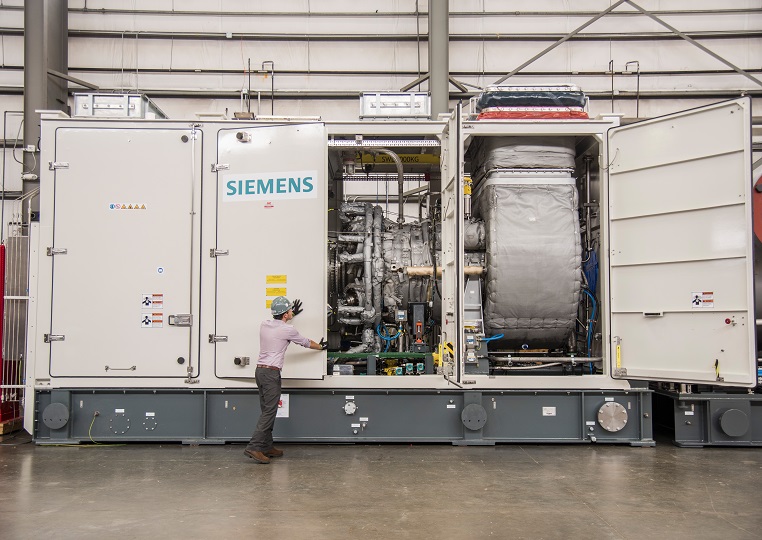 Siemens announced it has recently delivered five gas turbine-driven compressor trains to Fermaca Enterprises (Fermaca) for two pipeline stations in Mexico. The financial terms of the operation were not disclosed.

The pipeline projects, which also include a long-term service agreement, are part of the Comision Federal de Electricidad de Mexico’s (CFE) ongoing energy reform program intended to increase the availability of low-cost energy and stimulate the country’s economic growth. Both stations plan to begin commissioning in 2018, and the entire pipeline is expected to begin commercial operation in 2019.

The five compressor trains, packaged at Siemens’ Telge Road facility in Houston, Texas, USA, each consist of a SGT-400 gas turbine driving a STC-SV single-shaft pipeline compressor. The gas turbine trains will provide compression power for a 1,500-kilometer pipeline that will transport natural gas from Northern Mexico to the center of the country.

Two of the trains will be installed at a pipeline station in La Laguna, Coahuila, Mexico. The other three units will be part of a pipeline compressor station in Villa de Reyes, San Luis Potosi, Mexico.

This order follows on the heels of three pipeline compressor trains driven by SGT-750 gas turbines that Siemens provided in 2015 for the El Encino compression station pipeline project that is part of the same pipeline transportation system that includes La Laguna y Villa de Reyes.

The complete system is powered by the three stations developed exclusively using Siemens equipment. This recent order continues the momentum of the Mexican oil and gas industry’s goal to supply high-efficiency power plants with natural gas to boost local economies.

Siemens has sold more than a dozen SGT-400 turbines to customers in Mexico over the last three years and more than 60 worldwide. Both the 13.4- and 15-MW versions of the SGT-400 high-efficiency gas turbines offer excellent emissions performance in a rugged industrial design. This makes it an ideal choice for a wide variety of applications, from simple- and combined-cycle power plants, to cogeneration, to power generation and mechanical drive applications for onshore and offshore projects in oil and gas.

Project teams for Fermaca and Siemens worked closely together to determine the optimum train solution that resulted in a competitive CAPEX and OPEX offering, paired with short cycle times. In addition, Siemens designed identical packages for both sites, including all auxiliary systems to maximize common parts and streamline operations and maintenance teams. The only difference between the two projects is the gas turbine core engine and compressor bundle due to different power demands and operational conditions of each site.

“We are pleased to be selected as the only equipment provider for this important pipeline project,” said Eric Carlos, Head of Sales for Latin America at the Dresser-Rand business. “Our ability to deliver a proven product with the lowest total life cycle cost, on time and on budget, demonstrates Fermaca’s confidence in us to provide leading-edge technologies that enable the safe, efficient operation of their compressor trains.”

“Because of our previous work with Siemens, we were able to review past projects and incorporate lessons learned and best practices into this most recent project,” said Dr. Raul Monteforte, Chief Development Officer of Fermaca. “The close proximity of Siemens facilities and their impressive performance with past projects and equipment makes it easy to manage expectations for this pipeline extension,” Monteforte added.