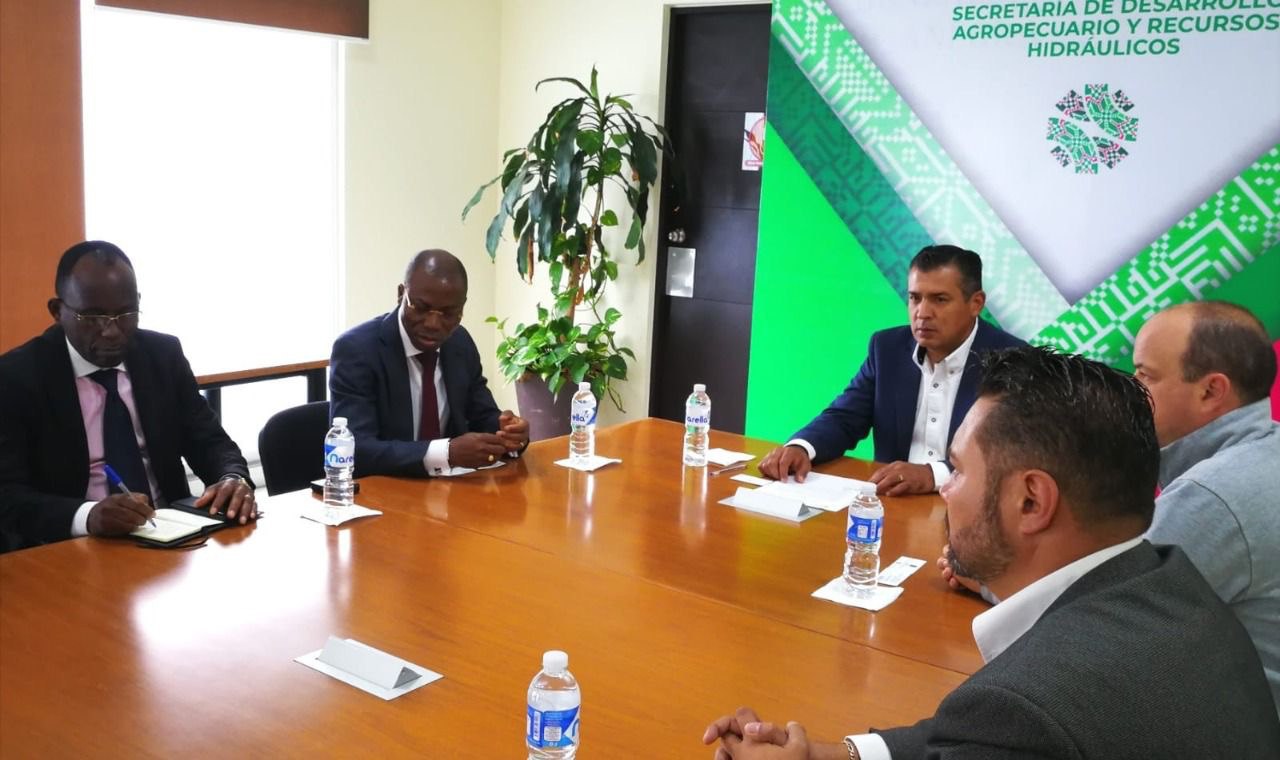 SAN LUIS POTOSI – José Alfredo Pérez Ortiz, head of the Secretariat of Agricultural Development and Water Resources (Sedarh), held a working meeting with LY Djerou Robert, ambassador of the Republic of Ivory Coast in Mexico, and with executives of the company BeFrost for the consolidation of a new food preservation plant in the African country.

In this regard, the diplomat said that one of the policies of his country is to improve the conservation and preservation of agricultural products through freezing and dehydration technologies, so the company BeFrost will increase the duration of food with the new freezing technologies that it uses.

The state official mentioned that the State Government is in the best disposition to support the realization of this type of projects, where San Luis Potosi and Ivory Coast will benefit, and also offered the export of agricultural products that the state produces, in order to be marketed in other parts of the world.

For his part, Ly Djerou Robert said that one of his country’s policies is to improve the canning and preservation of agricultural products through freezing and dehydration technologies, which is why the BeFrost Company will be able to transfer technology to his country, meeting the needs of its markets.