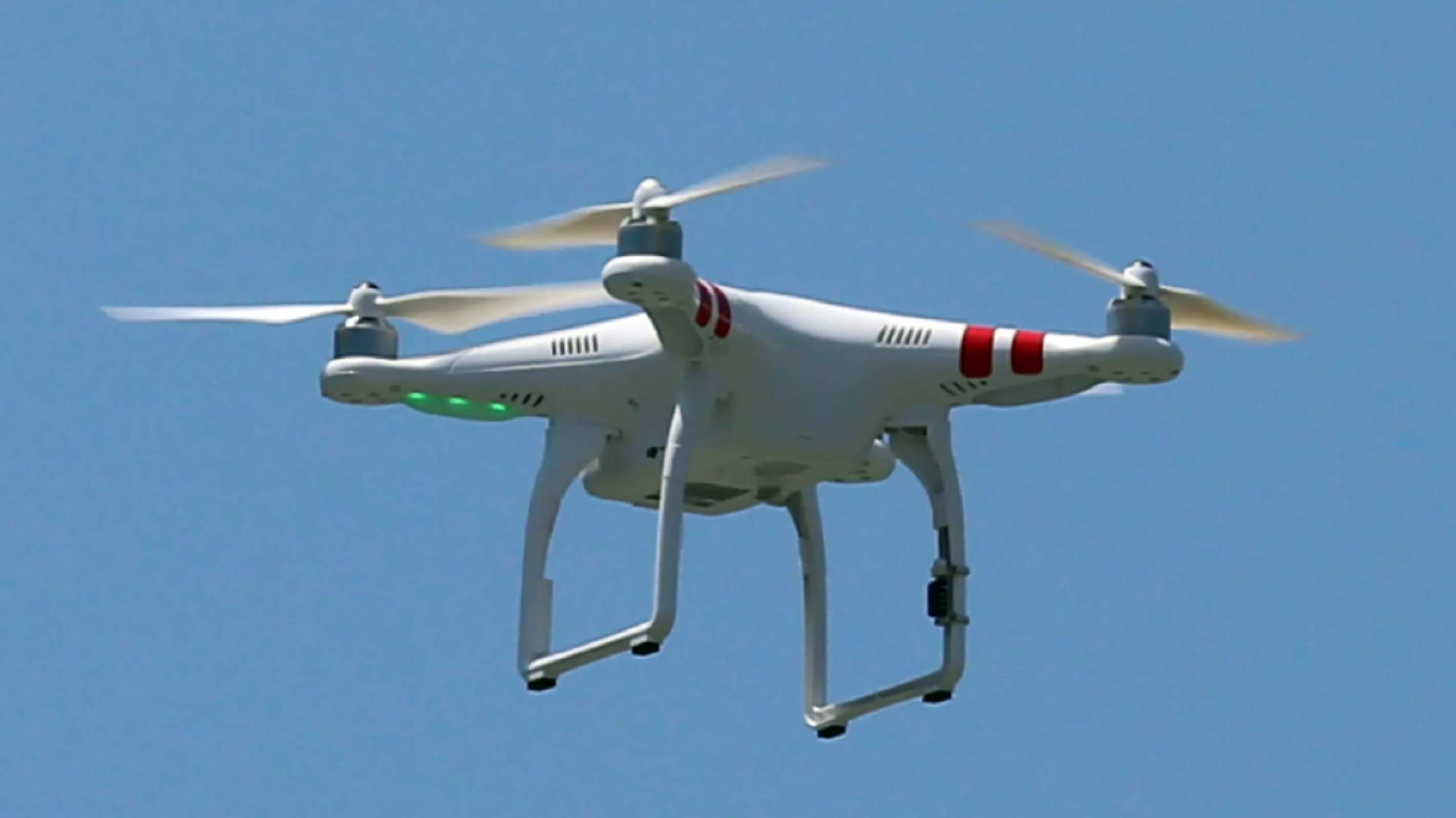 Supervisory Border Patrol Agent Jeff McBride recalled one that almost got away. He was part of a patrol not far from the Mexican border near Yuma, Arizona, when the call came in that a group of illegal aliens were crossing the border. But before he and his colleagues could get to them, the group vanished into a field of 7- to 8-foot-tall Sudan grass, a droughtresistant plant ideal for the arid conditions of southern Arizona – too tall and dense for the remote camera systems to spot movement. There was no sign of where they went, no prospect of finding them, and it had become like a literal lost cause for the agents that day. But that’s when they got a little help from above: small unmanned aircraft systems, better known as drones.

The drone was launched, and within 30 seconds, it spotted 19 suspects within the Sudan grass, leading the agents right to the group with three more guides apprehended a short time later. “They couldn’t escape from the drone. It was tracking them and it was great to have it right there.”

Drones provide Border Patrol agents with air support no matter where they are. Instead of having to launch a much larger platform, such as an Air and Marine Operations helicopter and crew, the smaller drones fit in the back of a patrol vehicle and can be put in the sky in a matter of minutes.

“The Border Patrol requires a s u p p l e m e n t a l a i r b o r n e reconnaissance, surveillance and tracking capability to enhance our situational awareness,” said Assistant Chief Patrol Agent Keith Haynes, national operations director for the patrol’s small unmanned aircraft systems program in Washington, D.C. “Manned aircraft support is frequently delayed; a lot of times it’s unavailable, and that increases the risks to the agents. These systems are deployed by Border Patrol agents and operated by Border Patrol agents. It gives us a bird’s-eye view,” multiplying the capabilities of agents in the field by augmenting the manned systems of Air and Marine Operations.

Right now, the Border Patrol has more than 135 of these systems in use throughout the country, with 60 more in the procurement process. Plans are eventually to have 460 drones patrol from above. Agents fly two different types of drones: a vertical takeoff and landing quadcopter and a fixed-wing model similar to a model airplane. Haynes is quick to point out that these are not toys and not the consumer-grade drones you might see in a big box retailer intended for amusement.

“The ones we’re flying are Department of Defense-approved systems, which have been flown, in some cases, for many years,” he said.

They can even fly themselves. Agents can draw a square onto the system’s map or plug in coordinates for an area and a mission and let the drone hover from above while they do their jobs and operate the drones’ sophisticated sensors from the ground. They’re cybersecure against anyone trying to hack in and steal them or the data they’re providing. The quadcopters can fly for about 30 minutes at a time, depending on the weather, at a height of about 1,200 feet – depending on airspace restrictions – and have daytime and nighttime infrared cameras with a 30-times optical zoom. This means agents can stay far out of earshot and stealthily observe whatever is on the ground, whether that’s drug smugglers or illegal aliens. When they spot something on the ground, the drone can send coordinates to agents on the ground and even has a laser that precisely points to the target, so agents know exactly where to go. And with the camera capabilities, they will know what they’ll encounter once they get there.

“It makes our agents safer; it makes them more efficient, and it’s basically patrolling a lot smarter,” Haynes said.

“There’s a lot of thick brush, and it’s not always easy,” said Supervisory Border Patrol Agent Heron Soto Jr., who works in the tangle of small trees, tall grasses and cacti that typify the wild elements of the Rio Grande Valley at the Falfurrias Border Patrol station in Texas. “Being able to deploy a small [drone] like that and see what they’re walking into, that’s a lot of security you’re providing for those agents on the ground.”

Soto added that in his nearly 20 years in the Border Patrol, he feels this technology gives agents a big advantage.

“It gives us a different tool we can use,” complementing other technologies, such as high-powered telescopes, to allow Border Patrol to move people where it needs them most. “It’s great! It gives you that information you need to make smarter decisions.”

Border Patrol Agent Paul Allen works the border in upstate New York. He patrols over the Great Lakes and St. Lawrence River between the U.S. and Canada, and his environment is a mix of tall trees and foliage. He stated that these small drones have made a huge difference how they perform their work.

“It’s a game changer,” Allen said, using a term repeated by many operators and agents. It saves them miles of shoe leather wasted on a false lead, such as a wild animal tripping a sensor. But he is quick to add it doesn’t change the good, old-fashioned work Border Patrol agents have had to do for years. “Somebody still has to put cuffs on the bad guys. The technology augments the agent himself. It increases his situational awareness and capabilities of patrolling his area.”

Nearly 600 operators are trained in their use, and that number is expected to double in the next year. A dedicated training center in West Virginia is getting agents up to speed on all aspects of drone operations. Border Patrol agents first take online training and go to a Federal Aviation Administration facility to take a test to get their “drone pilot’s license.” More online training gives agents CBP-specific policy and regulations concerning the drones’ operations. Then, they are trained on the specific quadcopters or fixed-wing drones they will use.