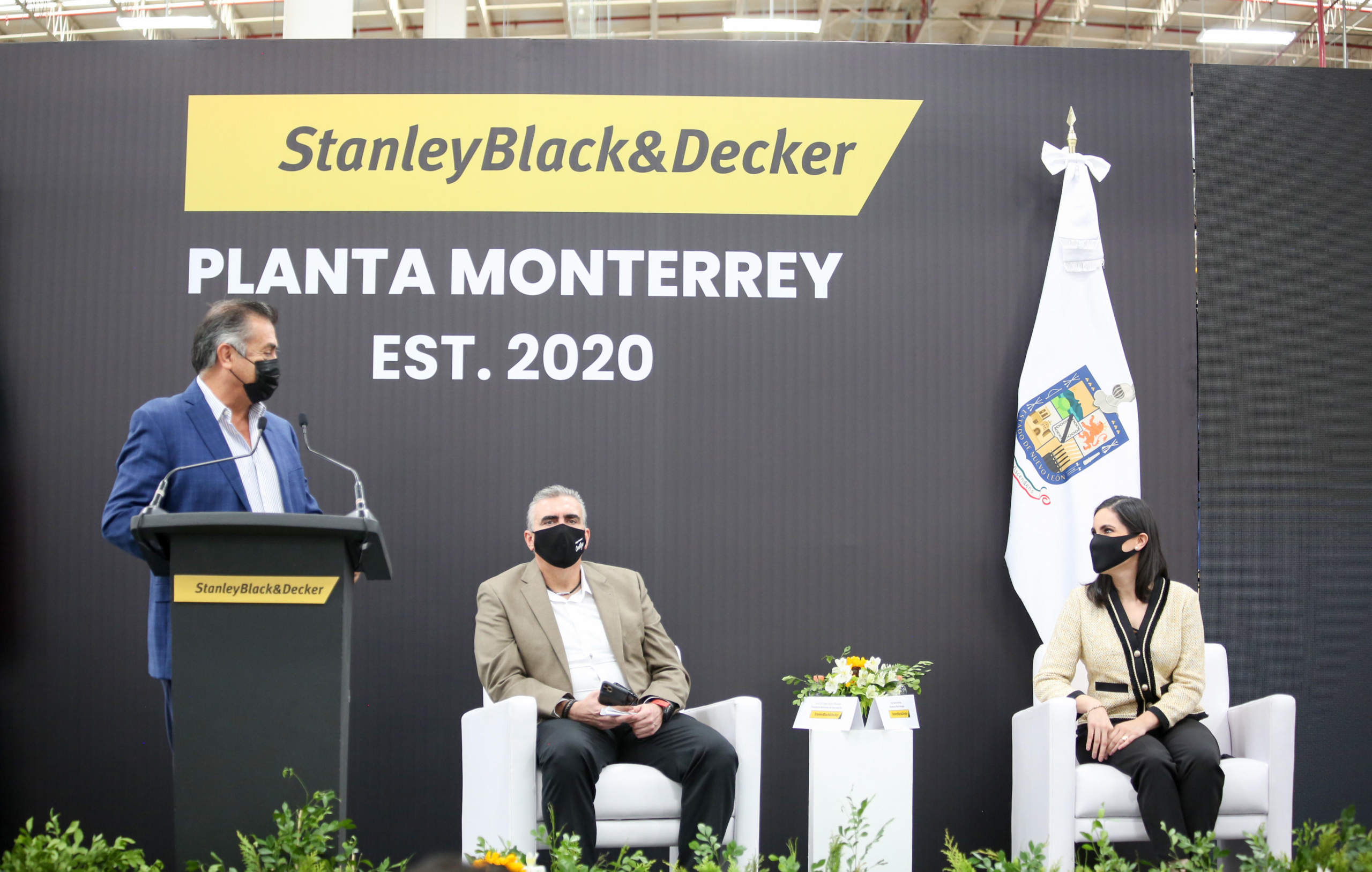 APODACA –  Stanley Black & Decker, manufacturer of tool and industrial equipment and other household waxes, announced an investment of US$40 million to install a manufacturing plant in the municipality of Apodaca, Nuevo León. The announcement was made with the presence of Governor Jaime Rodríguez Calderón.

The plant will be located in the CPA Technology Park in Apodaca. Stanley Black & Decker, originally from Connecticut, United States, will generate at least 2,500 jobs in this region by the end of 2021. The new plant will manufacture a full range of power tools and battery packs, using state-of-the-art technology to optimize productivity and sustainability.

Karem Barraza, plant manager at Stanley Black & Decker, said that they decided to settle in Nuevo León because of the talent, the qualified workforce, because of its proximity to its clients in North America and because of the entity’s reputation for facilitating business. The company is expected to start production in the first quarter of next year.

“We are excited to bring this manufacturing facility to Monterrey, one of the world’s leading manufacturing centers;it will support job creation in highly skilled areas, from engineering, to manufacturing, to finance,” said senior vice president of Stanley Black & Decker Global Operations, Robert Blackburn.

Stanley Black & Decker has 60,000 workers in more than 100 operations around the world, in which they have begun to implement advanced Industry 4.0 technologies, such as 3-D printing, virtual reality, artificial intelligence, among others.