State of Mexico to receive US$240 million in investment 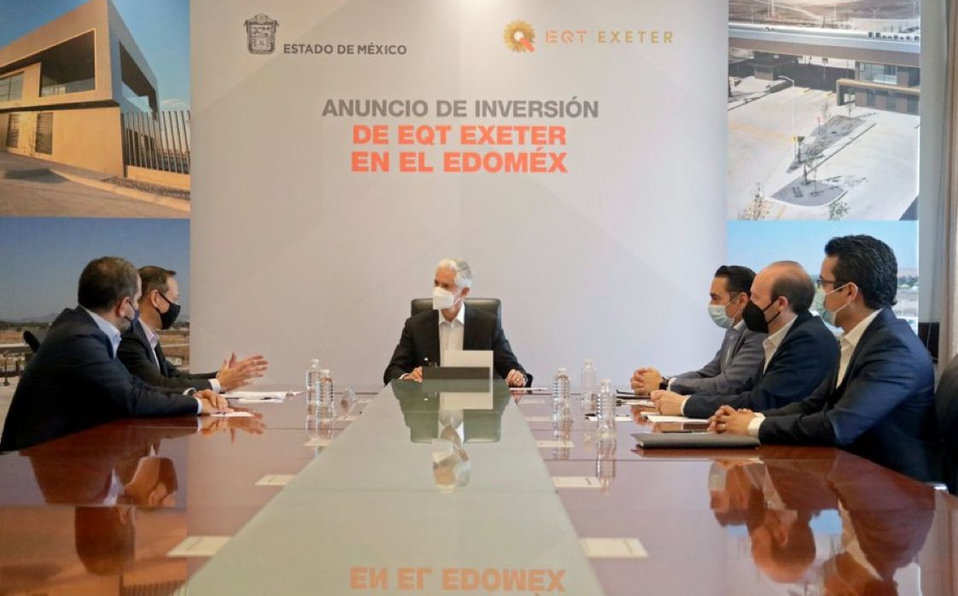 STATE OF MEXICO – The EQT Exeter group will start with a state-of-the-art complex, planned in the municipality of Teoloyucan, a project that contemplates an investment of US$240 million and the creation of at least 6.000 jobs.

The Governor of the State of Mexico informed that he held a meeting with executives from EQT Exeter, a world leader in the industrial real estate sector, where new investments for the state were announced.

“EQT Exeter, a world leader in industrial real estate, announces the start of Exeter Teoloyucan Industrial Park, a state-of-the-art complex in which they will invest more than US$240 million,” informed the governor.

This complex is planned to be developed in an area of 48 hectares, this project will be built in two years and will have four industrial buildings and infrastructure with world-class standards, aimed at companies in the logistics, distribution and light manufacturing sector.

It is worth mentioning that two years ago, EQT Exeter, a U.S. firm with 16 years of presence in the industrial real estate sector worldwide, saw in the State of Mexico an ally to boost its presence in the country.