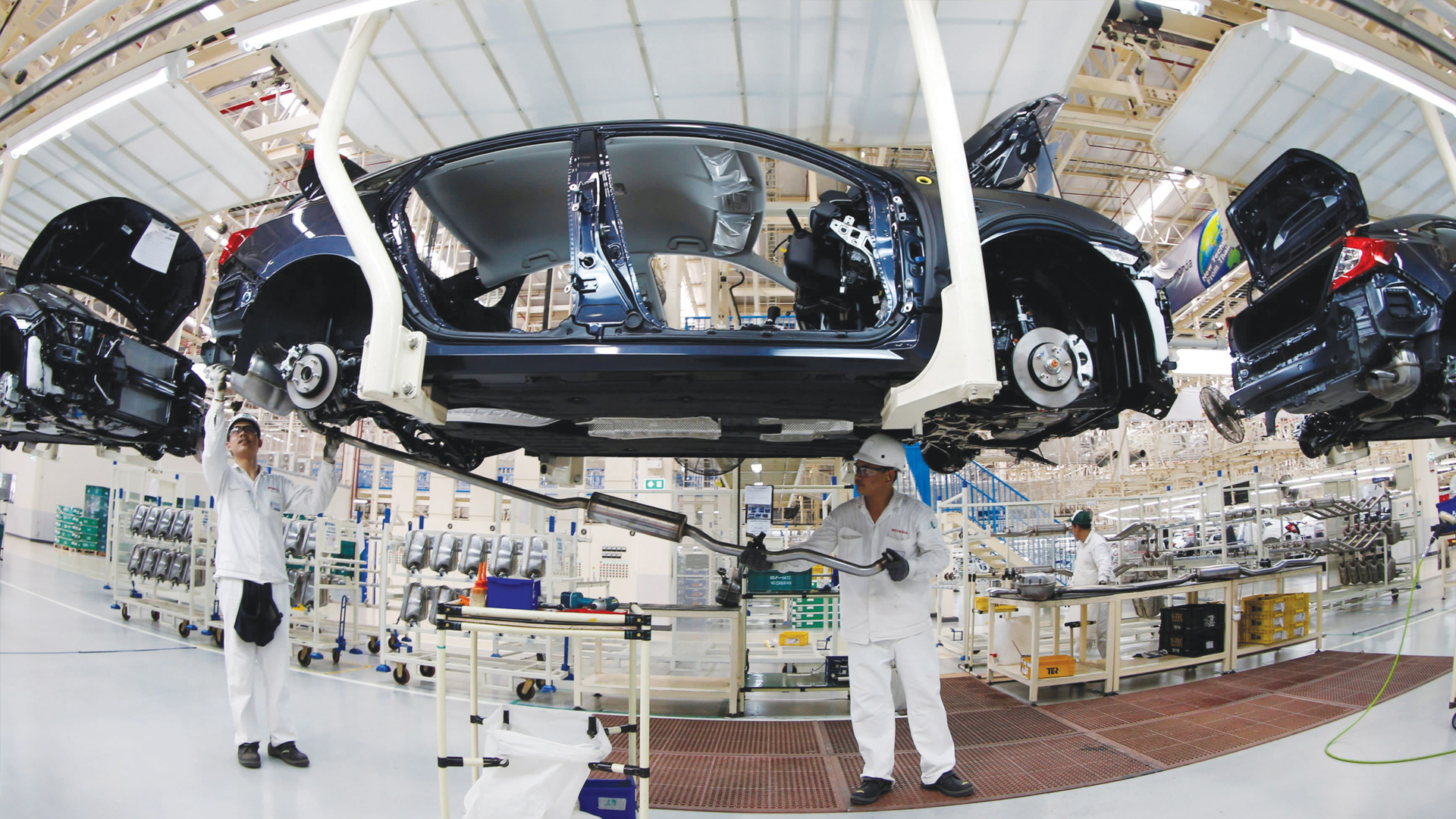 Where is it going in the new normal?

The new normal, a product of the COVID-19 pandemic, brings with it a series of challenges, but also opportunities for Mexican industrial sectors, among which the automotive sector stands out.

To start, there will be greater flexibility in all work dynamics. More than half of the companies are betting on remote work models, such as having a home office, staggered hours, work by objectives and rest days chosen by the worker himself. Thus, 60% of companies in Mexico are considering leaving the traditional work model to move to “flexible offices,” as revealed by the survey of return to work in Mexico by Mercer, an American human resources consultancy.

But the new work environment is proving complicated in different aspects for companies and industrial suppliers as many have begun to question whether it is worth investing in both infrastructure and furniture, instead of allocating resources to find tools that facilitate remote work, as Rogelio Salcedo, Mercer Mexico career leader, says.

According to the aforementioned survey, only 11% of work centers are making the return to face-to-face work mandatory, because the functions of their employees cannot be carried out remotely, since they are operational positions in industries such as the maquiladora; he also stated that most companies facilitating work from home, at least 71%, are allowing it for a specific period of time, while 27% are implementing “teleworking” indefinitely.

For Salcedo, this flexibility is a win-win, because although the company has savings by having more workers working from home, employees can have a better balance between their work and personal life.

But the life-work balance is not the only gain that employees obtain with these more flexible schemes, the implementation of these work models must be accompanied by an evolution of the benefits for the workers. For example, the Mercer career leader commented, among these benefits would be to subsidize the Internet or give vouchers for the purchase of materials, such as a desk or chair, and additionally a card for transportation per application, in the case of workers who require visits to clients.

Also, the survey indicates that the structure of organizations is changing in the new normal, since 72% of Mexican companies are in a deep analysis to modify their organizational structure and 81% consider that, in the following months, this restructuring of the organization will advance, either due to cost reduction or rearrangement of some functions.

Challenges in the automotive industry

What are the most important challenges for the Mexican industry, specifically, the automotive industry? First of all, the current difficulties in
implementing new technological infrastructure at the national level must be considered: in the private sphere, one out of every two households in the country does not have Internet and half of those that do have it report a poor connection, according to data from the National Survey on the Availability and Use of Information Technologies in Homes, from the National Institute of Statistics and Geography.

Hence, according to experts, the importance of investing in this area and closing the digital divide, which will allow less favored groups of workers to participate in an important way in the economy of the future (the Inter-American Development Bank establishes that working from home produces a clash between two worlds: that of technology and that of labor regulation.

However, he ensures that the fact that more people are working from their homes amid the global virus crisis will leave lessons that will mark the home office in the near future).

On the side of the automotive plants, where part of the workforce has already returned to the production lines, they must go through a strict process of certification of biosafety protocols that must have “the approval of the Mexican Institute of Social Security, and wait for the possible random inspection from the government,” as stated in the document “The Technical Guidelines for Health Safety in the Workplace” published in the Official Gazette of the Federation.

In addition, they have had to “implement the established measures and modify facilities if necessary, and fill out a questionnaire of 60 questions, the objective of which is to evaluate the implementation of protocols, and send it to the Mexican Institute of Social Security, which will have up to 72 hours to give its approval,” states the same document.

An example of this new automotive normality is that of Fiat Chrysler, a brand that has 14,000 employees in Mexico and recently commented to Reuters that it is operating in one shift out of the three that it normally performs in its production, and said it does not know when they will be able to operate again at 100%. “We only reincorporated with 40% of the population in each of the facilities, but it was an orderly and safe opening, and with all the protocols that the Secretary of Health has instructed us,” said the company’s spokesperson.

However, despite the panorama of uncertainty that affects national economic activity, this new normal is forcing the automotive sectory to face many challenges, and, at the same time, it is opening the door to new disruptive work processes, as well as looking for new areas of job opportunity.

According to Enrique Cordero, tax and legal services partner at Deloitte, the adoption of this new normal refers to a professed adaptation in an environment where there are limitations, many regulations, but, also many opportunities. “The current situation has served as a catalyst in different sectors, such as in the case of the manufacturing sector of the automotive industry. The agility of plants to adapt to change is key to thriving in an environment of disruption. Those organizations that planned enough
to digitize, automate and enable the possibility of storing information in secure cloud sites, as well as to operate remotely, human resource planning and other operating systems have had the possibility of navigating more successfully in this new environment.”

Cordero comments that, in the automotive sector, companies belonging to Tier 1—companies that are direct suppliers of auto parts to vehicle assembly companies—are at the forefront in the implementation of digital platforms; however, “regarding those that make up Tier 2, Tier 3 and companies that may have combined businesses, there are still significant gaps in the adoption of these technologies, which could complicate their permanence in the new normal.”

As can be seen, the new normal is accelerating the application of new technologies, new work environments, and, at the same time, is forcing automotive assembly companies to face the challenge of operating administratively in a virtual way, “reacting to deadlines that change constantly, as well as to a new regulatory environment full of disruptions,”
says Cordero.

Where will the future take us? What will be the new working environments within the automotive industry so that the sector returns to production levels prior to the pandemic and we do not lose our international competitive position? This is a future that is shaping itself today, and that, according to the most optimistic projections, we will see it come true in two or three years.