Toyota invests US$ 150 million at Tijuana plant to increase production 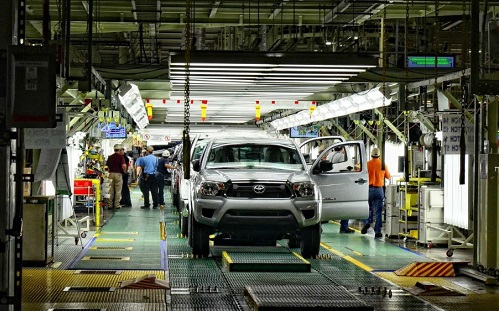 Japanese carmaker Toyota will invest US$ 150 million at its Tijuana assembly plant to increase output of the popular Tacoma pickup to increase inventory that the company says has held back sales.

“Demand for trucks has grown exponentially,” Toyota Motor North America CEO Jim Lentz said in the statement. “By leveraging our manufacturing facilities’ availability and expertise, we can be nimbler and better adjust to market needs in a just-in-time manner.”

The Baja plant is currently stretched to its limit, having added a third shift in April 2015, executives at the plant said recently to Automotive News. The plant runs 24 hours a day Monday through Friday, plus two shifts on Saturday, then closes for maintenance.

Last year, Baja’s production was just over 82,000 trucks as the plant adjusted to the third shift and gradually increased output. Through August of this year, it has pumped out just over 63,000 units, according to Automotive News data.