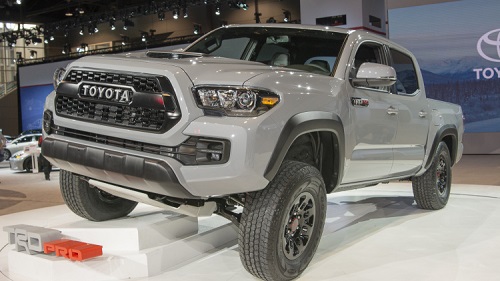 Sales of Toyota’s pickups jumped by double digits in September, reversing a downward trend that had plagued the company’s truck sales since June.

Tacoma sales were up 35.4 percent compared to September 2015, a 4,000 vehicle sale increase. The Tacoma pickup truck is built in San Antonio and Baja California, Mexico, which Toyota recently announced would be receiving a $150 million investment to boost production.

Tundra, which is exclusively manufactured in San Antonio, was up 18.2 percent over last year. Tundra sales have been in negative territory since December 2015.

The San Antonio plant is currently running above its 200,000-vehicles-a-year capacity with an extra Saturday shift helping take the plant to nearly 250,000.

Overall Toyota’s U.S. sales in September edged up 1.5% from a year earlier as its Corolla sales jumped 17% and its Tundra full-size and Tacoma mid-size pickup trucks did notably better.