Toyota tests next generation Corolla to be built in Mexico 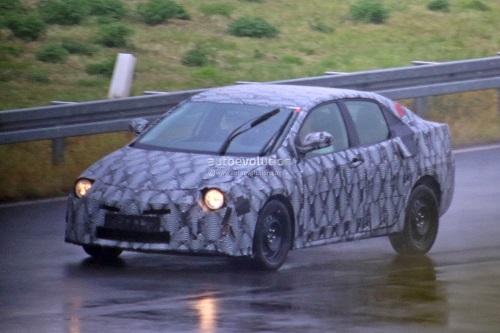 The unit will be based on the Toyota New Global Architecture (TNGA) platform which according to the automaker helps reduce manpower for the vehicle development by 20 percent.

TNGA vehicle platforms are designed to achieve a low vehicle centre of gravity, that will give drivers a more engaging driving position and more precise and responsive handling, without compromising ride or comfort.

The twelfth generation Toyota Corolla will be built in several plants globally. While the U.S. production in Blue Springs, Mississippi will continue, the Canadian production in Cambridge, Ontario will stop in 2019. Instead, Toyota will make the next-gen Corolla in at its new plant in Guanajuato, Mexico, as confirmed last year.

Toyota will start the construction of its Apaseo el Grande plant, in Guanajuato, during this month. The company is expected to bring about at least 40 more supplying companies. The Japanese firm will invest an estimated US$ 1 billion in this facility and it will create 2,000 direct jobs and 10,000 indirect jobs.

– Toyota invests US$ 150 million at Tijuana plant to increase production