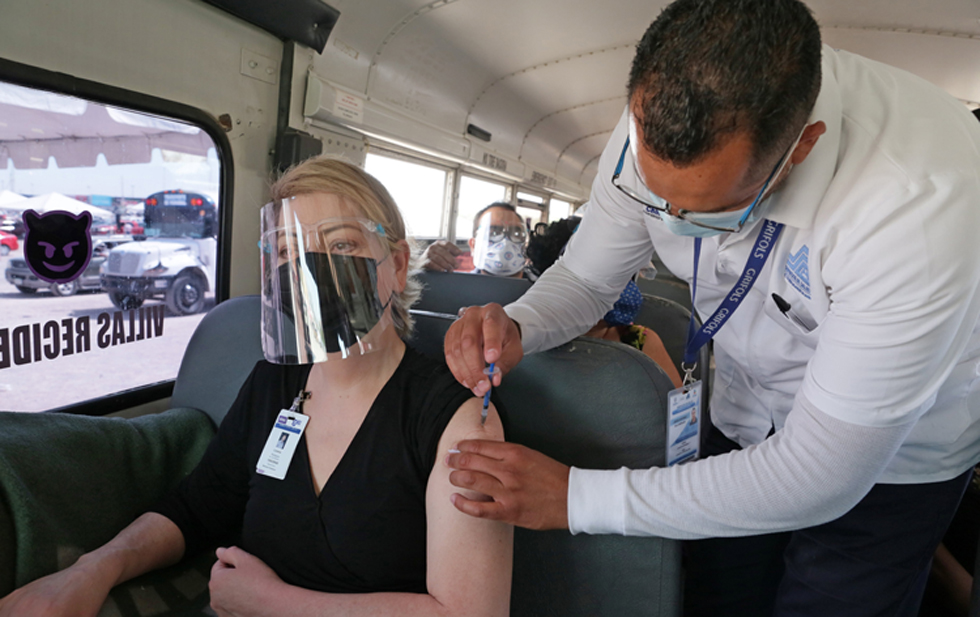 JUAREZ – A donation of 50,000 vaccines is expected to be received by the maquiladora industry in Juarez from the United States, to be administered to its workers.

Fabiola Luna Avila, president of Index Juarez, said that as part of a pilot program carried out by the association with authorities of the neighboring country, the doses could arrive to this border next week.

She emphasized that this program is separate from the vaccination campaigns carried out by the federal government, since the lack of progress in vaccination led them to seek this option on their own, which has already been implemented in other cities, such as Tijuana.

“We have been working on this issue for two weeks, we have already visited Tijuana to see how this pilot plan worked, where 18,000 vaccines have been applied to date and we are looking to replicate it here in Juarez,” Luna Avila said.

She added that they are working with U.S. authorities, the Mexican Consulate, the El Paso County judge and the Bureau of Customs and Border Protection (CBP) to apply the doses at a midpoint on the border.