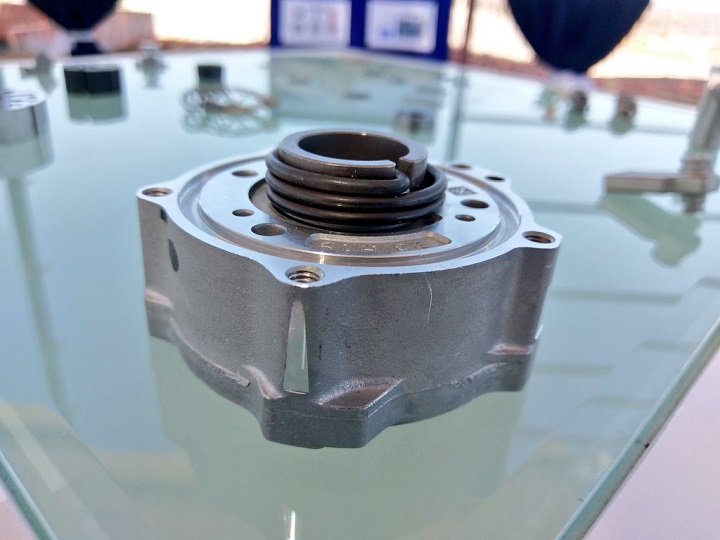 UK-based manufacturer GKN, through its Powder Metallurgy subsidiary, held a ground-breaking ceremony earlier this week in the municipality of Apaseo el Grande, Guanajuato to build a new production site for its GKN Sinter Metals division.

The company plans to invest more than US$20 million in the 6,000 sq.-mt. facility, located at the Amistad Chuy María industrial park, where 130 workers will be recruited in order to start operations. Once fully operational, the plant will employ 200 workers.

It is worth mentioning that, despite the fact that the ceremony was carried out this week, the construction work is already very advanced, so that the directors estimate that the facility could start operations in August or early September.

The new plant will be dedicated to the manufacture of metal parts by sintering process, which consists of the manufacture of molded solid parts, through high-pressure compaction of various metallic powders and/or mixed ceramics. Once compacted, a heat treatment is carried out to obtain the final piece.

The parts will be used in a wide range of industries, including automotive, aerospace, bicycles and appliances.

MexicoNow has learned that the plant will start up with an initial output capacity of 16 million pieces per year and one of the first customers to receive parts from this site will be German manufacturer Bosch.

It is the first plant in Guanajuato that is dedicated to this activity, which complements and diversifies the supply of industrial processes in the state while adding value to the local economy.

On behalf of the state government, Mauricio Usabiaga Díaz Barriga, head of the Secretariat of Sustainable Economic Development (SDES) thanked the GKN executives for the confidence they had in investing in Guanajuato.

Since its arrival in the state, GKN has invested close to US$ 546 million, while its staff comprises of 1,300 highly trained employees.

This will be the third GKN manufacturing complex in the state and the seventh nationwide. GKN currently operates two production sites in Celaya and Villagrán, Guanajuato for the automotive industry.

Four other sites are dedicated to the production of parts for the aerospace industry. Two are located in Mexicali, one in Chihuahua and the other in San Luis Potosí.

– Japan-based NSK to shift production work from China to Guanajuato