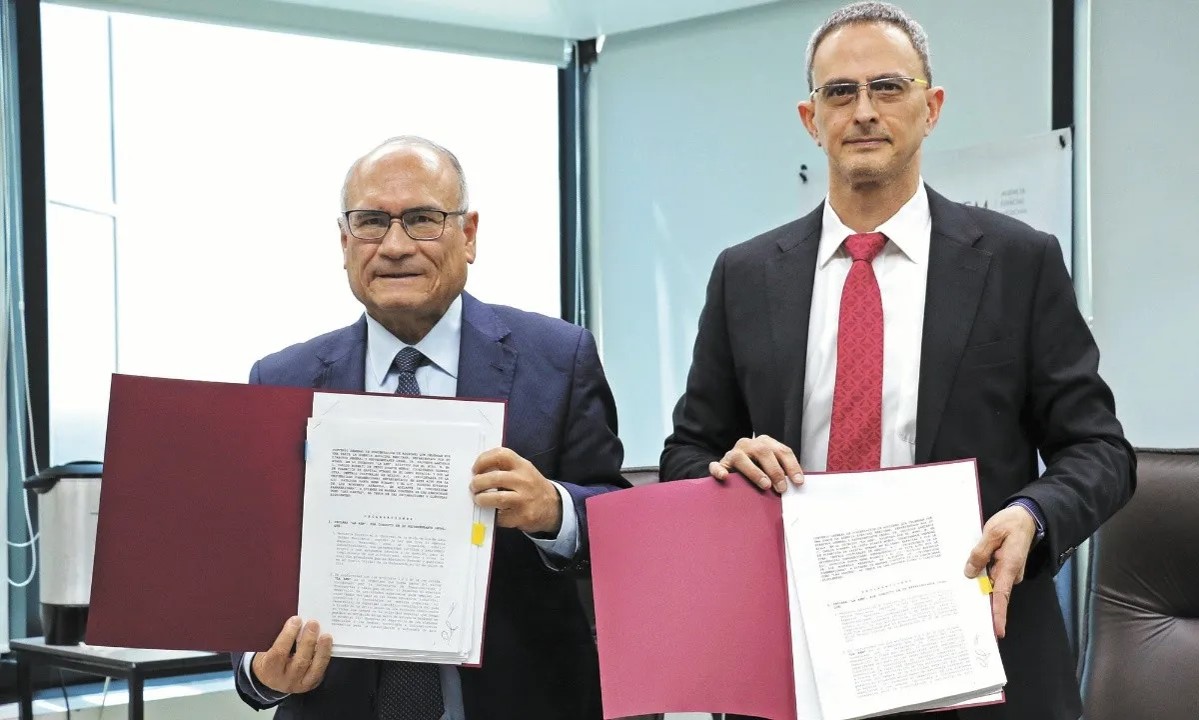 MEXICO – The Mexican Space Agency (AEM) signed an agreement with the Universidad Panamericana (UP), which strengthens Mexico’s collaboration in the “AztechSat Constellation” project with the U.S. space agency (NASA).

Salvador Landeros Ayala, general director of the AEM, referred that through this project, a group of Mexican universities, coordinated by the AEM, will develop nanosatellites with NASA for the priority social task of monitoring and caring for marine fauna and the planet.

“We are very pleased that the Universidad Panamericana joins the alliance in this project with the vision of the future and commitment that characterizes it, and, knowing the capacity of its researchers, professors and students, I have every confidence that it will be successful,” he said.

He explained that space is a great opportunity to solve problems of daily life on our planet in different areas, such as satellite telecommunications, navigation, care and observation of the Earth, among others.

Landeros Ayala added that this project will develop new technology that, after its main priority mission in favor of our planet, in a second instance will be useful for lunar exploration, since Mexico has joined NASA’s Artemis Program.

“Through this type of projects, such as the AztechSat Constellation and with the incorporation of Mexico to the Artemis program, we will continue to collaborate in the future through the participation of prestigious universities such as UP,” he said.

For his part, Alejandro Ordoñez Torres, director of the UP Faculty of Engineering, Campus CDMX, was equally pleased with this collaboration towards the goal, emphasizing that the AEM has always welcomed Mexican universities, such as UP, with open arms.

“This is a small step that we are taking as a University, and we are relying heavily on the AEM. UP has always been interested in developing cutting-edge technology and applied science, because if we want to continue growing and evolving as humanity, we need to turn to space,” he stressed.