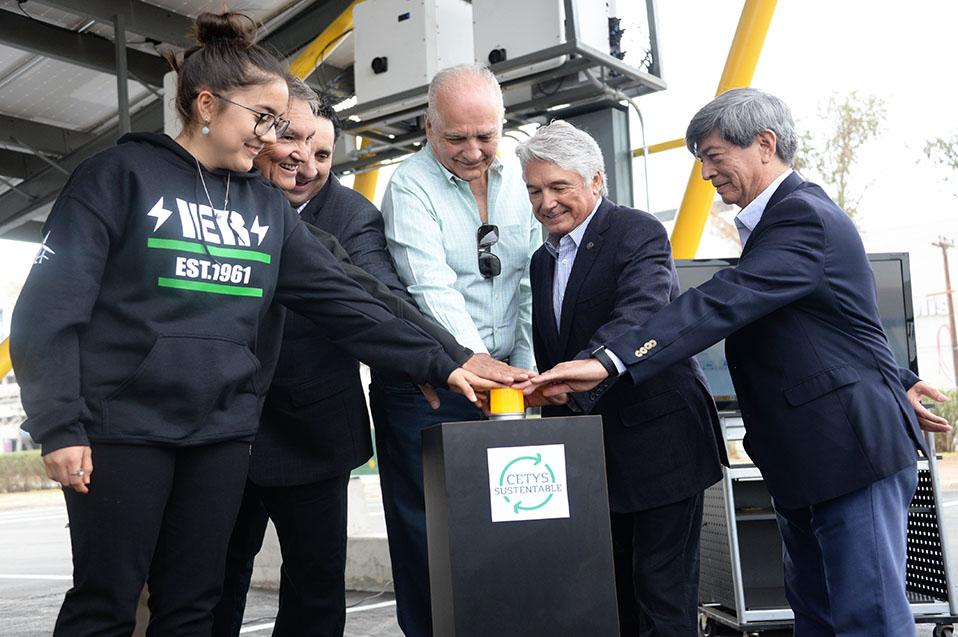 MEXICALI — With the aim of encouraging sustainability and the use of renewable energies, CETYS Solar Power, the largest renewable energy project in Mexico and Latin America undertaken by an educational institution, was inaugurated.

Said initiative consists of the installation of 3,099 solar panels on the Mexicali and Tijuana campuses that, together, will generate 1.2 Mw. On the Mexicali Campus, 2,873 of the panels that make up this photovoltaic farm were installed.

CETYS Solar Power will produce the equivalent of 50% of the annual energy consumption of the Mexicali Campus, avoiding the emission of 1,397 metric tons of carbon dioxide into the atmosphere of this city, equivalent to 300 vehicles driven during a year.

A total investment of US$1.7 million was required to launch this state project, which is expected to be recovered in a period of 5 years, and that will provide CETYS with an estimated savings of US$9 million, during the next 25 years.