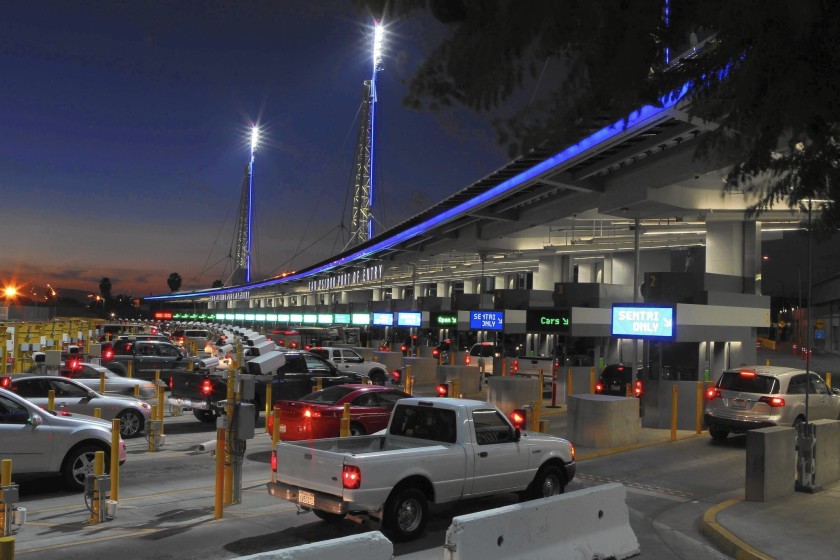 According to the Congressional Research Service, regional trade increased from US$290 billion in 1993 to US$1.1 trillion in 2016.

“This accord will improve our region’s competitiveness, build on our strengths and move us forward into a new era or economic development and prosperity,” said Jon Barela, CEO of the El Paso-based Borderplex Alliance.

He said international trade has been a “powerful tool” for economic growth, as evidenced by the US$108 billion in trade passing through the region’s ports of entry last year. One in four jobs in El Paso is tied to cross-border trade, while 300,000 people across the border in Juarez work in U.S.-run maquiladoras that assemble automotive components, electronics and medical supplies, among others.

The USMCA isn’t radically different from NAFTA, but its implementation comes as a relief to industry leaders weary of the political wrangling that preceded its approval.

“I’m glad this got negotiated because the real challenge was getting through the vitriol leading to a new agreement. We treated Canada and Mexico as if they were enemies rather than good neighbors and partners,” said Jerry Pacheco, president and CEO of the New Mexico-based Border Industrial Association.

In fact, some potential investors got “spooked” by talk of just doing away with NAFTA and not having a new agreement in place that protected U.S. companies wanting to do business in Mexico, he said.

“There will be certainty for companies,” Pacheco said. “The government doesn’t create jobs, the private sector does. But the government can add to the stability of the business climate. So, knowing what the rules are allows us to recruit new companies to the region.”

Mexico is also looking forward to the business opportunities created by the USMCA. A coalition of nine Mexican governors identified two priority targets.

One is to create a platform called DigiMex for Mexican entrepreneurs to market e-commerce service. The other is to replace Chinese companies with Mexican companies as providers or manufacturers for some U.S. companies.

“We need to take advantage of a post-COVID realignment to substitute China in the supplier market to the United States. Our geographical location, infrastructure and experience gives us a great degree of competitiveness in this regard,” Chihuahua Gov. Javier Corral said.

The governor said his staff would be identifying possible new North American partners and leveraging his border state’s experienced labor force to get them to come.