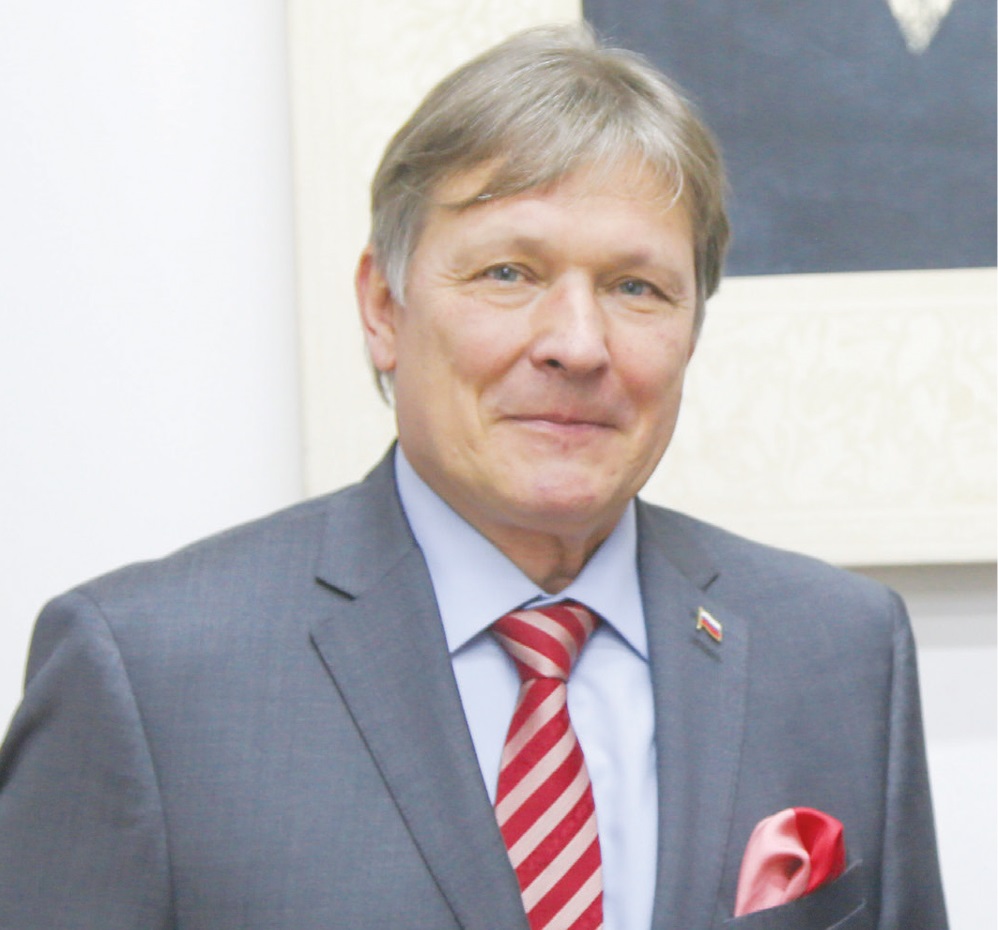 What is the current situation of the bilateral relationship between Mexico and Russia?

For Russia, Mexico is a key partner in Latin America. Our bilateral cooperation is based on friendly relations, mutual respect of interests, as well as the coincidence or closeness of the positions of Moscow and Mexico about the most important issues of global impact.

These factors generate a solid foundation for going deeper into the interaction between two countries in different international forums and in the framework of several mechanisms of integration.

Russia and Mexico are joined by the will to contribute to the creation of a new polycentric world, to the consolidation of the central role of the United Nations and its Security Council to guarantee the international stability and resolve conflicts in different parts of the planet. Both nations understand the great importance to continue with the disarmament process, as well as preventing the proliferation of weapons of mass destruction.

At the bilateral level, the practice to exchange visits at different levels is being successfully developed. The most recent example is the visit to Mexico of the Russian Foreign Minister, Sergei Lavrov, made on February 6 of this year.

The inter-parliamentary contacts also have a positive dynamic. The respective Lower Chambers of the Parliaments of bothcountries operate as “friendship groups.”

Obviously, our bilateral relations are not limited to the political sphere. Russia and Mexico enjoy a fruitful cooperation in the cultural and scientific-technical fields.

The year 2020 has a great symbolic importance for Russia and Mexico, as it will celebrate the 130th anniversary of the establishment of diplomatic relations between the two countries. Within the framework of the celebrations, we plan to carry out a series of events, among which is the participation of Russia as the guest of honor in the Pachuca Book Fair.

In terms of strengthening the bilateral relationship between Russia and Mexico, what specific areas do you see as priorities?

Now, we face the task of increasing the political dialogue, as well as intensifying trade and investment ties. The objective is not only to preserve the positive bilateral dynamic that we have achieved in recent years, but also to strengthen it.

It is on the agenda to continue the work on the legal framework of the bilateral relations, as we have a whole series of draft agreements, of which the highest priority I would say is the agreement to abolish visas between our countries.

Russia has repealed visas with almost all the countries of Latin America and the Caribbean, of the most important regional actors, but we only need Mexico. We await the visits to Russia of Mexican leaders Mr. Andres Manuel Lopez Obrador and the Chancellor, Hon. Mr. Marcelo Ebrard that are already invited to visit Moscow as honor guests.

It is also pending to revive the mechanism of the Russia-Mexico Joint Commission for commercial-economic, scientific-technical cooperation and maritime navigation, since the last session which was held in 2011. We already appointed our co-chair by the Russian side and it is the Minister of Labor and Social Protection of the Russian Federation, H.E. Mr. Anton Kotyakov. Now it is up to our Mexican partners to appoint the co-chair of the Mexican part of the commission and coordinate the dates of their next meeting.

The Russian side aims to send two business missions to Mexico: the first, led
by the President of the Committee of Entrepreneurs “Russia-Mexico” of the Russian Chamber of Commerce and Industry, General Director of the company United Aircraft Corporation, Mr. Yuri Slyusar. More than 30 Russian companies specialized in machinery, information technology, energy, tourism, medicine, transport and logistics, construction and engineering, education, financial and legal services would participate in the event.

Within the framework of this mission, it would be planned to hold sessions in the B2B and B2G formats. This mission, scheduled for March, was forced to be postponed due to the coronavirus and the new date will be defined later.
The second mission, planned for the third quarter of the current year, will be made up of representatives of the companies that produce drugs, cosmetics and the medical industry, with the participation of the Ministry of Industry and Commerce of the Russian Federation.

It should be highlighted that along with this, we also have certain difficulties and we are working to overcome them. For over 20 years, the anti-dumping measures imposed by the Mexican Government on imports of steel sheet originating in Russia have been in force.

Anti-dumping measures continue to be extended every five years with the excuse that the Russian metal industry is managed with methods that do not correspond to the market economy, which is not true. In fact, Mexico remains the only country that applies non-market status to Russian producers.

The pertinent negotiations between the parties are currently underway in order for our Mexican partners to change their position in this regard. This surely would give us additional impetus to continue moving forward with our business relationships.

What is the current state of the commercial and investment relationship between Russia and Mexico?

In recent years, trade between Russia and Mexico has been developing at a sustained rate. According to Russian statistics, in 2019 bilateral trade exchanges reached US$2.6 billion. Russian exports to Mexico were US$1.5 billion and imports from Mexico were US$1.1 billion.

Several large Russian companies are present in the Mexican market. For example, the Rostéc Group promotes products of a military and civil nature, while Lukoil Lubricants has a wide range of petroleum products.

Also the supplies of Russian vehicles “UAZ”, vodka from the company “Crystal” and chocolate products from United Confectioners Holding are present in Mexico.

Mexican companies promote alcoholic and food products on the Russian market. Their interest is also in importing metallurgical products from Russia, as well as mineral fertilizers, petrochemicals and equipment for oil and gas extraction is also observed.

In Russia, the Mexican companies GRUMA, NEMAK, OMNILIFE and MABE continue to develop their activities.

So far the volume of Russian investments has not been very large. However,
we have examples of successful cooperation. With the participation of the
Russian company “Power Machines” two hydroelectric plants were built in the state of Nayarit and one more in the state of Jalisco. In particular, our company supplied three generators and other equipment for the Aguamilpa Dam. Throughout the last two decades, the main Mexican client of “Power Machines” has been the Federal Electricity Commission.

Which economic and industrial areas in Mexico do you see as opportunities for Russian companies to invest?

Among the most promising sectors for Russian companies, the electric power generation stands out, as well as construction of electric transmission lines, and equipment supply. Despite the current situation, the exploration of oil reserves remains attractive.

Would you expect further Russian investments for the Mexican industry?

It is necessary to have in mind that today, when the world is experiencing such a deep crisis due to the spread of the new coronavirus; the primary task of each country is to preserve its own economy.

However, we hope that contacts between the business circles of our countries will contribute to the formation of a new level of relations in this sphere.

Would you like to send a message about how the world is changing by the COVID 19?

The coronavirus pandemic is already something unprecedented in its magnitude. Apparently, it is a common threat to everyone, without exception, and the world will have to learn to work together to face it.

Russia has already launched its message, since March 25 we sent to Italy, the European country most affected at the moment, 15 planes with technical, medical and epidemiological specialists.

On March 31 we also sent humanitarian aid to the United States. In early April, we sent six planes with equipment and medical supplies to Serbia.

The development of trade and economic ties between Russia and Mexico is facilitated by the intensity of bilateral contacts, during which a new level of relations is formed, characterized by the aspiration to have a mutual beneficial cooperation.

During the previously mentioned visit to Mexico of the Russian Foreign Minister, the topic of possible prospects for bilateral cooperation in areas such as vehicle manufacturing, agriculture and energy, among others, was addressed.