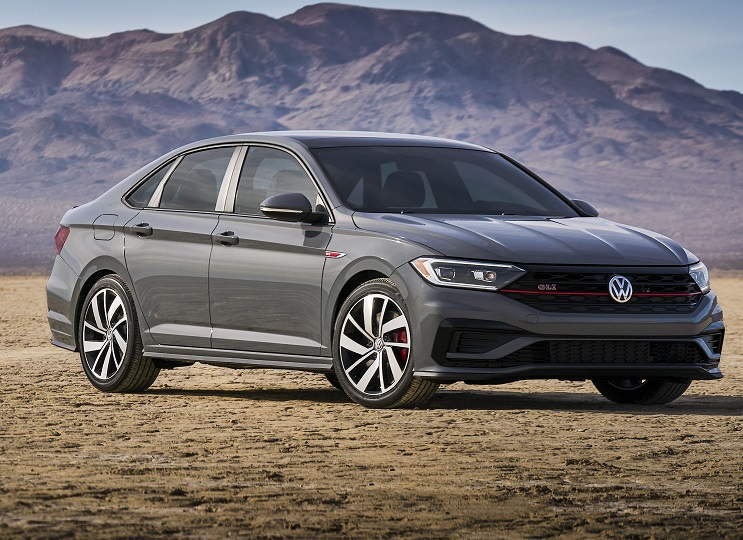 Volkswagen of America, Inc. announced the new Jetta GLI will arrive this Spring to showrooms across the U.S. market with a price starting at US$26,890, that’s US$1,600 less than the entry price of a 2019 Golf GTI S despite the fact that both cars have the same power, brakes, and differential.

The aforementioned price is for a Jetta GLI S with a six-speed manual transmission, while opting for a seven-speed dual-clutch increases the cost up to US$27,690, still below the GTI.

The 2019 GLI is powered by the 2.0-liter turbocharged and direct-injection EA888 TSI engine, making 228 horsepower (achieved with premium fuel) and 258 pound-feet of torque. This engine, shared with the Golf GTI, features variable valve timing on the intake and exhaust sides, as well as variable exhaust valve lift.

The power is taken to the front wheels via a standard six-speed manual transmission, with an optional seven-speed DSG dual-clutch automatic transmission. Automatic transmission models come standard with a Start/Stop system designed to help improve fuel efficiency. EPA-estimated fuel economy for the GLI is 25/32/28 mpg (city/highway/combined) regardless of transmission choice.

The Jetta GLI features an all-around independent sport suspension, with a strut-type setup at the front and a multi-link arrangement at the rear. The front brakes are shared with the Golf GTI and Golf R, using 13.4-inch diameter vented discs.

Like the GTI, the GLI is fitted as standard with the VAQ electronically controlled, torque-sensing limited-slip differential that helps to eliminate understeer, as well as variable ratio electric power-assisted steering. A 35th Anniversary edition

The 2019 Volkswagen Jetta GLI will be available in two regular trim levels—S and Autobahn—and a 35th Anniversary Edition, which is also fitted with DCC adaptive damping system.

Also building off the S trim, the GLI Autobahn starts at US$29,195 and features a standard six-speed manual transmission. Standard features include a panoramic sunroof; 10.25-inch Volkswagen Digital Cockpit display, allowing drivers to reconfigure how they view vehicle information. The seven-speed DSG dual-clutch automatic transmission GLI Autobahn starts at US$29,995. Destination fee on all models is US$895.

As with other versions, production of the Jetta GLI for the North American market will take place at the Volkswagen assembly plant in Puebla, Mexico. At the same facility, production of the GTI is slated to end this year along with the rest of the Golf family to make room for another SUV scheduled for launch in 2020.