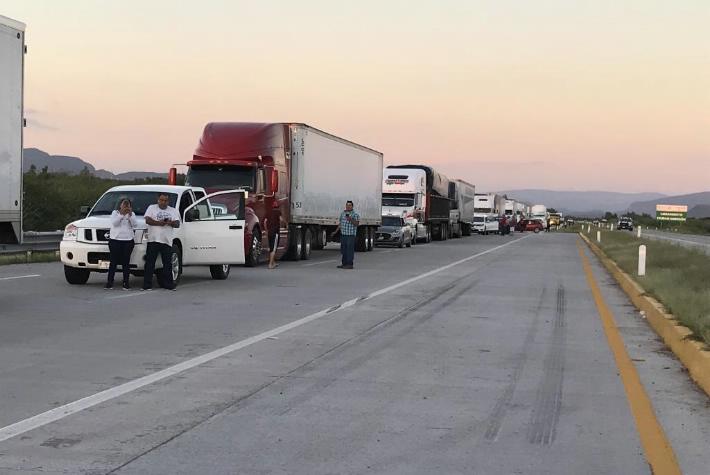 SONORA – Indigenous Yaqui people in Sonora lifted a 12-day rail blockade after reaching an agreement with the federal government but are still blocking traffic on a highway that runs to the Mexico-United States border.

A group of Yaquis blocked train tracks in Vícam, a town in the municipality of Guaymas, to demand that the government compensate them for ceding land for the construction of a range of infrastructure projects.

They agreed to lift the blockade after meeting with representatives of the federal Interior Ministry, the National Institute of Indigenous Peoples, the Ministry of Communications and Transportation and the National Housing Commission.

But despite reaching an agreement with federal authorities, Yaqui protesters reinstalled a blockade on Highway 15, which runs through several states to the northern border at Nogales, Sonora.

Juan Luis Matuz Valenzuela, an indigenous leader in Loma de Guamúchil, the town where the highway blockade was set up, told reporters the blockade will remain in place until the Yaquis have the opportunity to enter into dialogue with representatives of Telmex, a telecommunications company owned by billionaire businessman Carlos Slim, and Pemex, the state-owned oil company.

The Yaquis say they haven’t been adequately compensated for allowing those companies to build infrastructure on their land.

Matuz said that the federal government had agreed to fulfill its commitments to carry out social development programs and projects in Yaqui towns in Sonora and for that reason the rail blockade was lifted. However, the Yaquis are seeking additional compensation from Telmex and Pemex.

“We freed the train tracks but we’ll be here on the highway until we can hold a meeting with … Telmex and Pemex,” Matuz said.