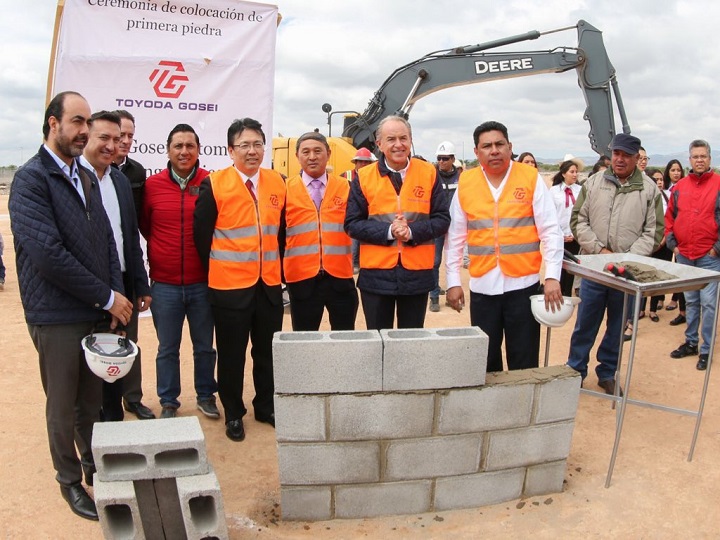 Japanese multi-sector manufacturer Toyoda Gosei broke ground this week in the municipality of Venado, San Luis Potosi to build its second production site in the state, fifth in Mexico.

According to a statement by the Governor’s office, the company plans to invest around US$30.5 million in this project which is expected to employ 900 workers when it runs at full pace.

The plant is scheduled to start operations in 2020 focused in manufacturing of sealing solutions for the automotive industry. The ceremony was attended by Tamotsu Watanabe, President of Toyoda Gosei Automotive Sealing Mexico, S.A. de C.V.

Toyoda Gosei operates four manufacturing plants in Mexico. A facility in Matamoros, Tamaulipas produces airbags and other safety components; a plant in Mexquitic, San Luis Potosi manufactures weather strips and door glass runs, and two plants, one each located in Guanajuato and Matamoros, are dedicated to build tubes, hoses and other plastic components for fuel systems.